Metatron Press recently published on their blog three of my poems which are very dear to me: Before The Grotto, My Boyfriend is a Gangster, The Future.

Below is the image they chose to accompany my poems and is a photo by Rebecca Storm: 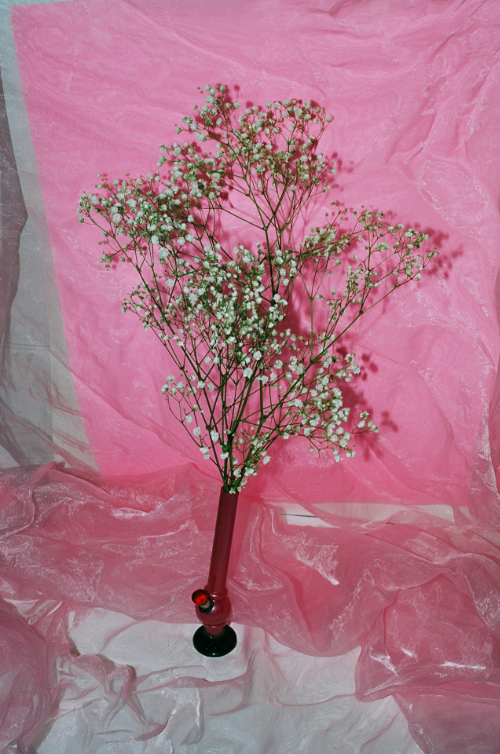 Posted by Jessica Schouela at 11:23 No comments:

Watching Kitra Cahana's touching TED talk on her father, Rabbi Ronnie Cahana, the rabbi at the congregation in Montreal that my family has been a member of all my life, I was reminded of a meeting that took place some weeks in anticipation of my brother's bar mitzvah. Rabbi Cahana had called our family into his office for a chat. Once we were seated he asked us each individually "what is your relationship with God?". Coming from a less than religious family, my brother and father being proclaimed atheists, I suppose the awkwardness we all felt was palpable. We had been confronted with such a genuine and honest question and we were afraid of disappointing him. I remember giving a similar answer to how I suspect I would respond today: I know its there somewhere but at what capacity and to what extent, well, I guess that changes all the time.

Rabbi Cahana suffered a stroke in 2011 leaving him in a state of paralysis from his feet to just below his eyes. He has since been recovering slowly, but beautifully. Here is the link to Kitra's talk: http://www.ted.com/talks/kitra_cahana_my_father_locked_in_his_body_but_soaring_free?language=en 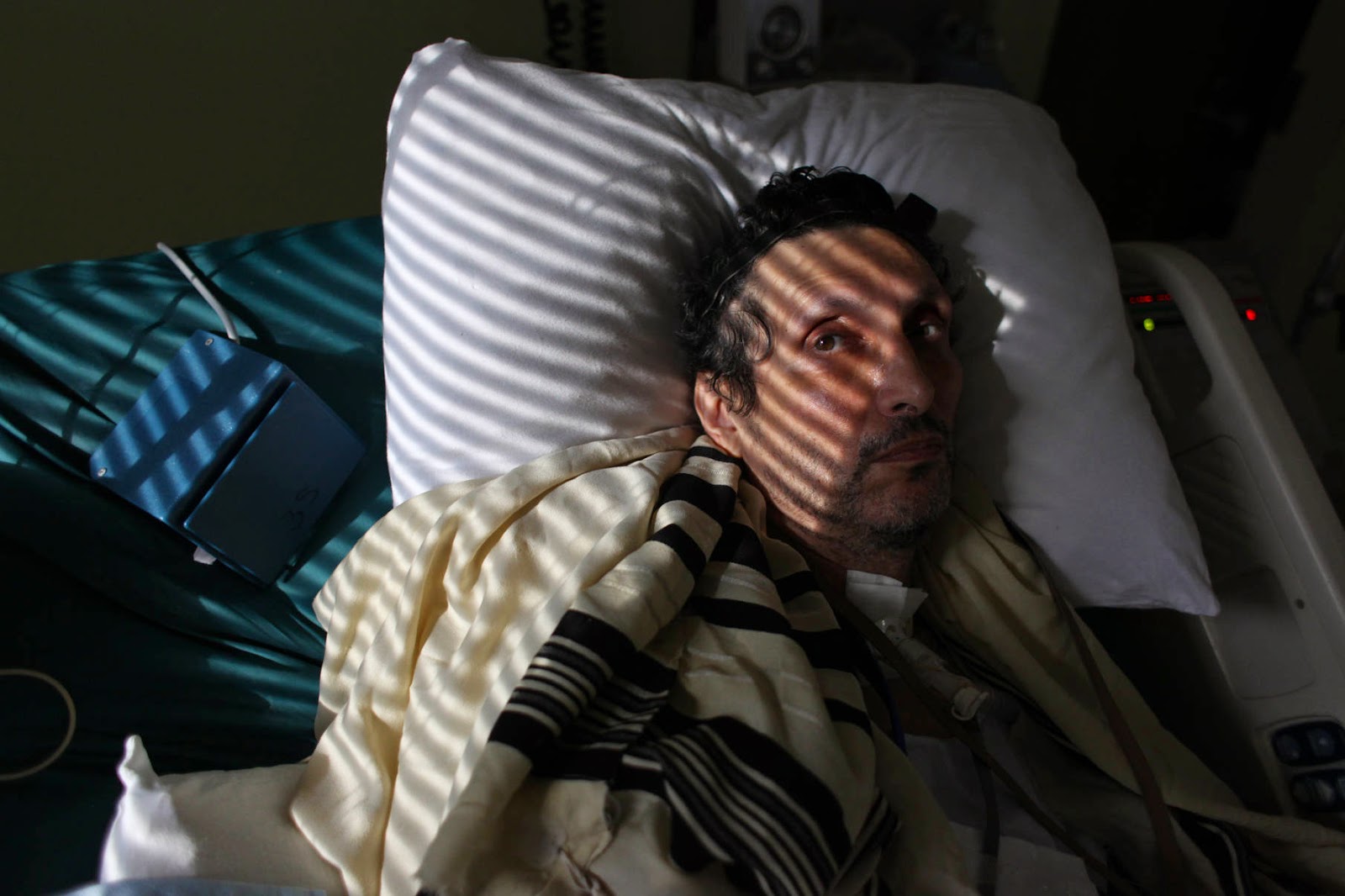 Posted by Jessica Schouela at 12:22 No comments:

Check out a short Q&A I did with Nick from Sneaky Pete's about Hot Tub Astronaut's launch coming up on May 7! 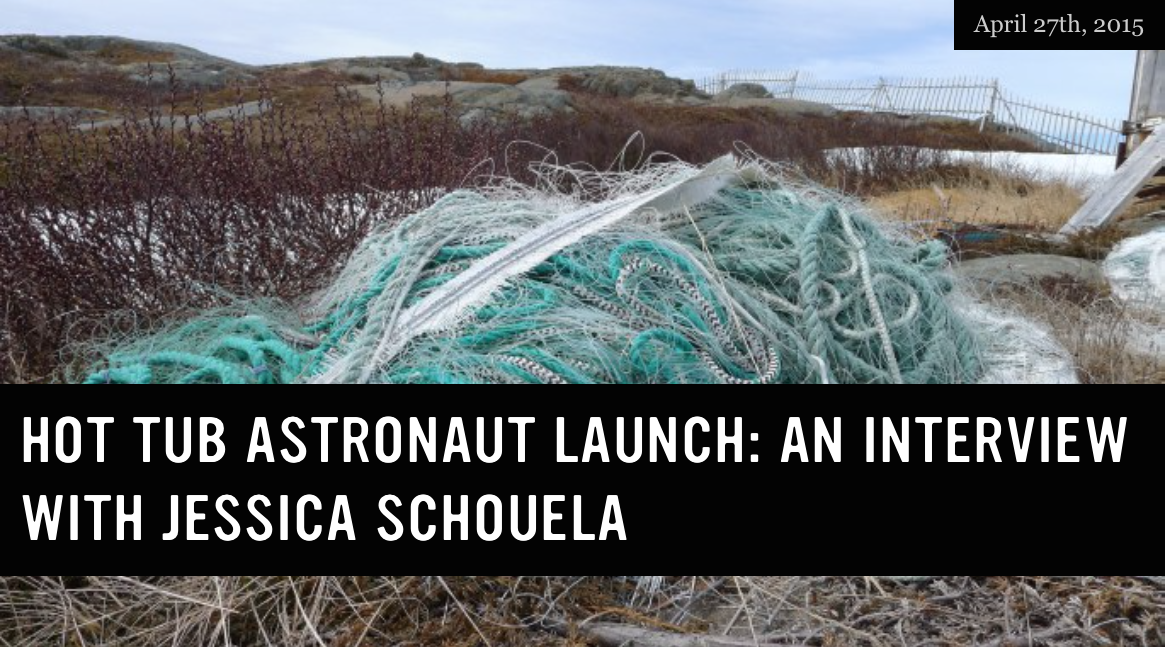 Posted by Jessica Schouela at 22:55 No comments:

“The Fogo Island project, which became a cornerstone of that program, was like one of those events in science where conditions come together and seem to prove something fundamental. But then, try and duplicate the results in another laboratory! I was still defending the Fogo approach as not only practical, but essential."


“It was a community development program in Newfoundland, well planned and well funded, that used film as a catalyst to generate local debate – to give local people a voice and even editorial control – and to provide those people with access to people in power, via film. Not one film but a whole series of mini-films. It was meant to be a step in incorporating media into the democratic process. The creation of a communication loop, as we called it.”

“But there has never been any way of proving that film caused the change… fourteen years later, Fogo Island is one of the healthier communities in Newfoundland, and we can’t say for sure why it is that way.”

“Those moments when rancour and hostility and anger are transformed by reason and become cooperation and accommodation: I have seen the, triggered by an appropriate film. This attitudinal change is hard to get on film, but it is the very root of community. Those moments are hard to record. There are cultures that understand that, in negotiations, people must not be allowed to lose face; they must be able to maintain dignity for the good of the entire community.”


Posted by Jessica Schouela at 22:02 No comments:

You can find the statement of the woods
attached, please,
and it is necessary to abide,
if you want to walk in it
with no shoes on at least
for a little while,
at least until the fist cut.

You can find me waiting there,
I’d like to say by the sea
but I know its not true
and that there is no Wifi on the coast
so you probably wouldn’t be able to
join me anyway.

You eat a peach,
(I will find out later on my phone)
and I think of T.S. Eliot,
and the way fuzz grows
on living things.

But we are back in the woods,
and they are represented now
now that they are
we ought to obey.
Posted by Jessica Schouela at 16:34 No comments:

Pic of a cat that I took and then turned blue 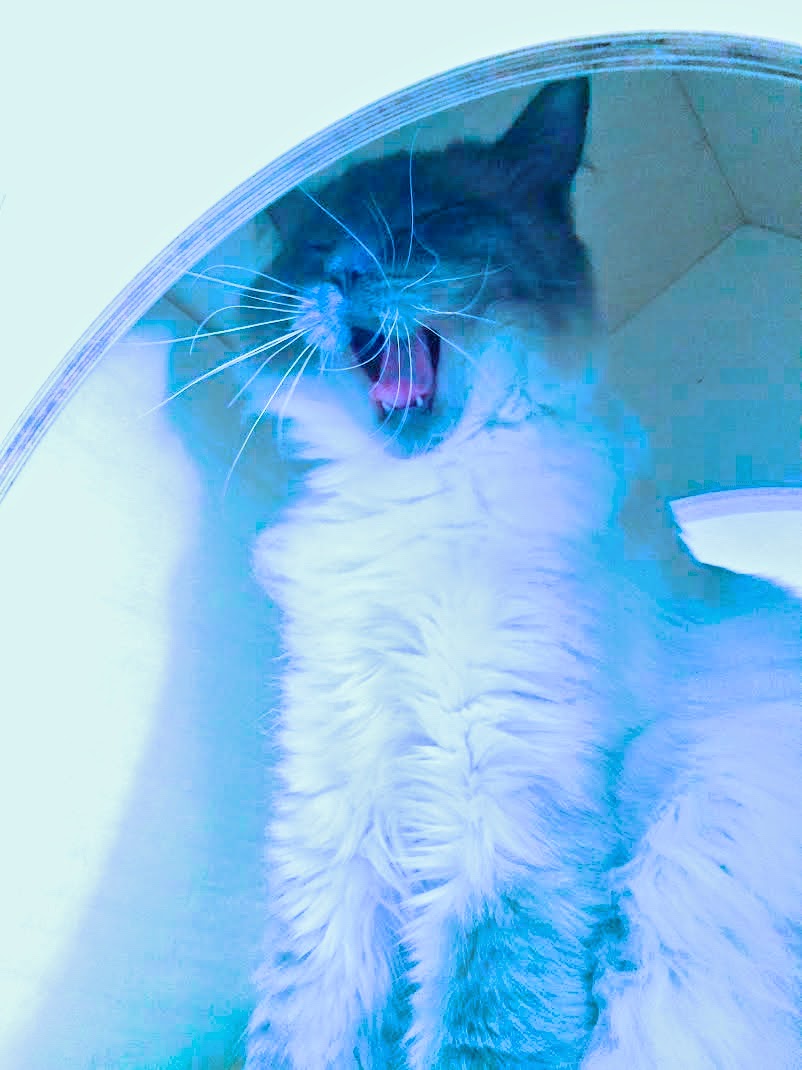 Posted by Jessica Schouela at 17:30 No comments:

Drawing in the Meadows 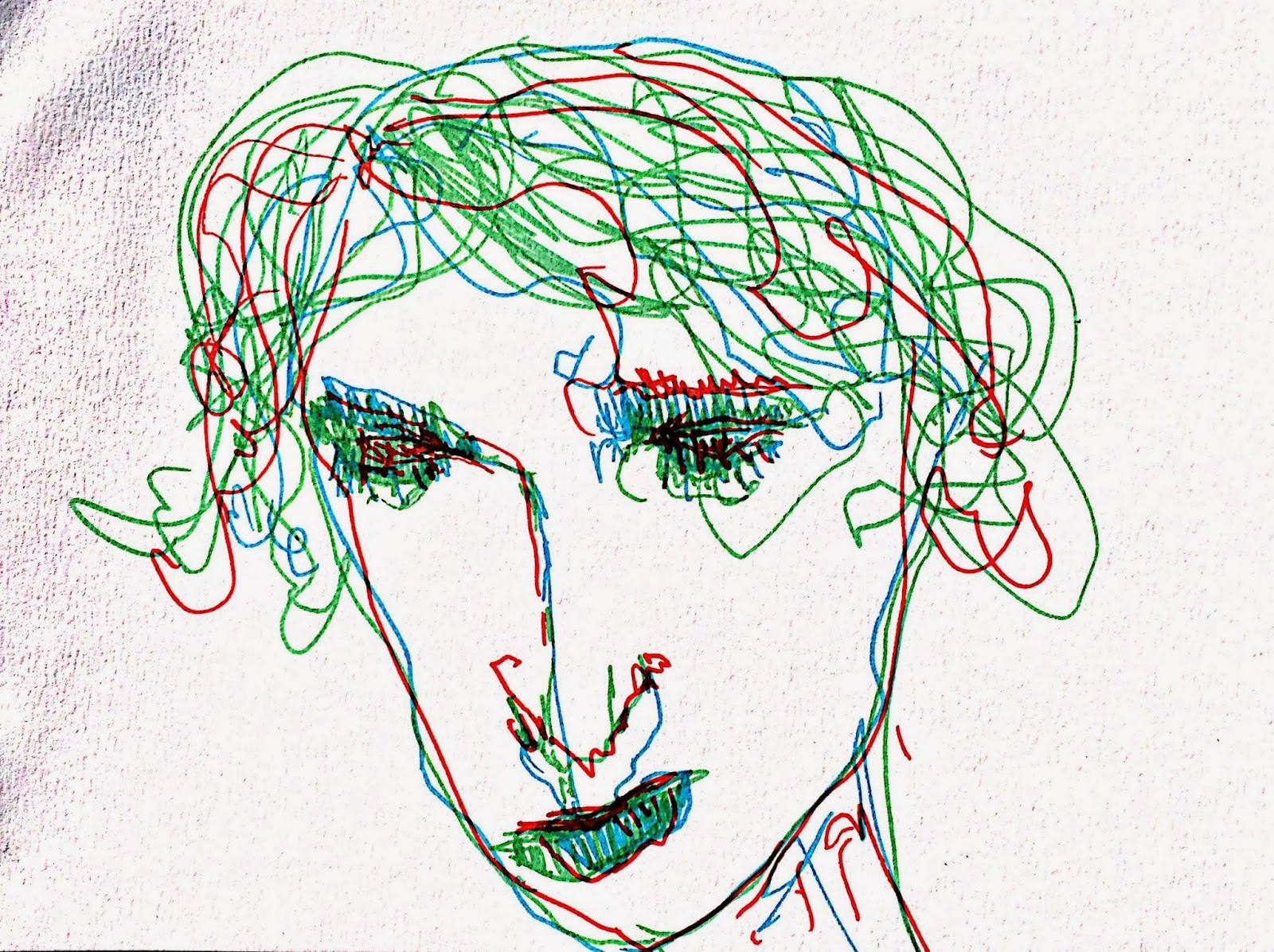 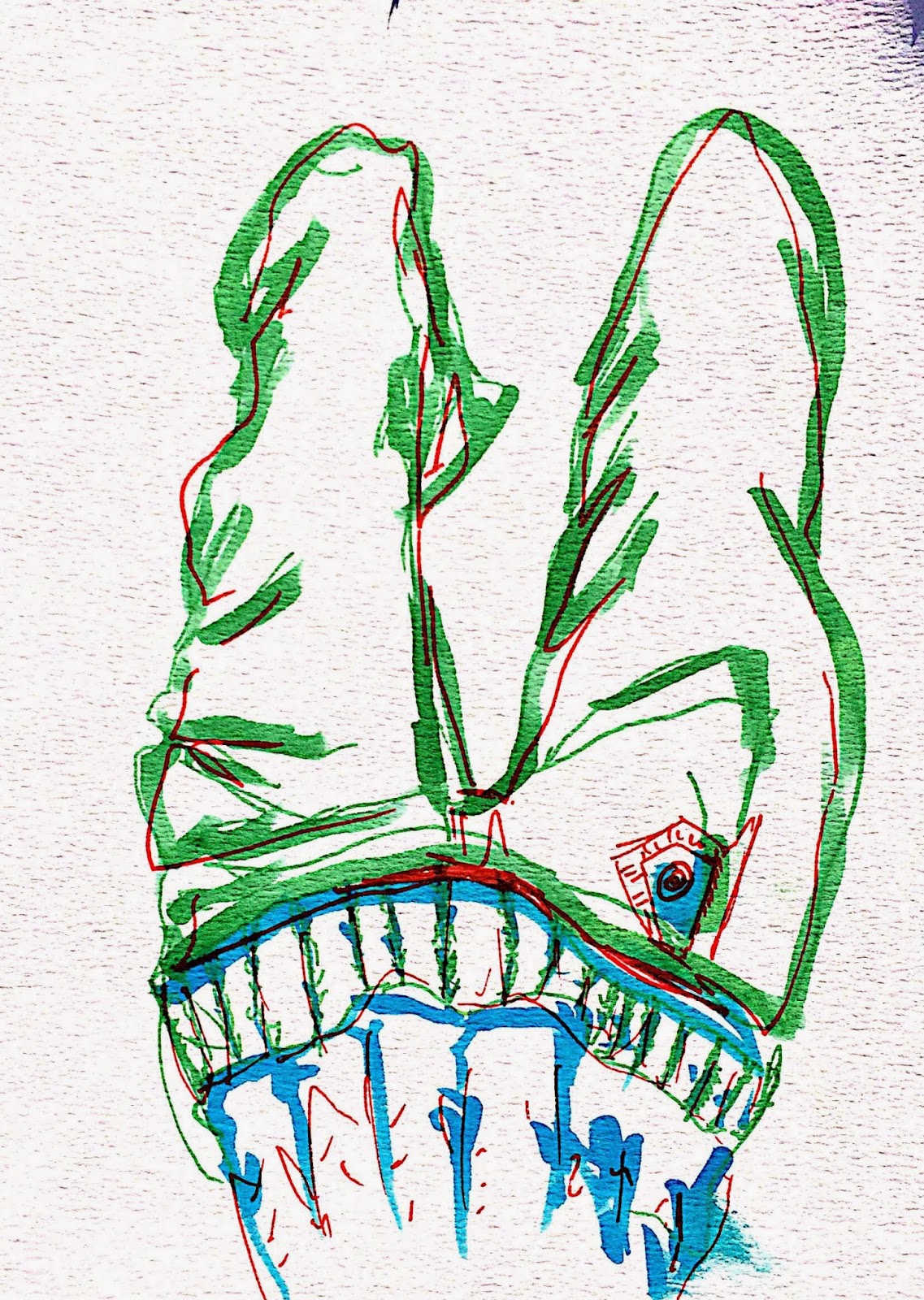 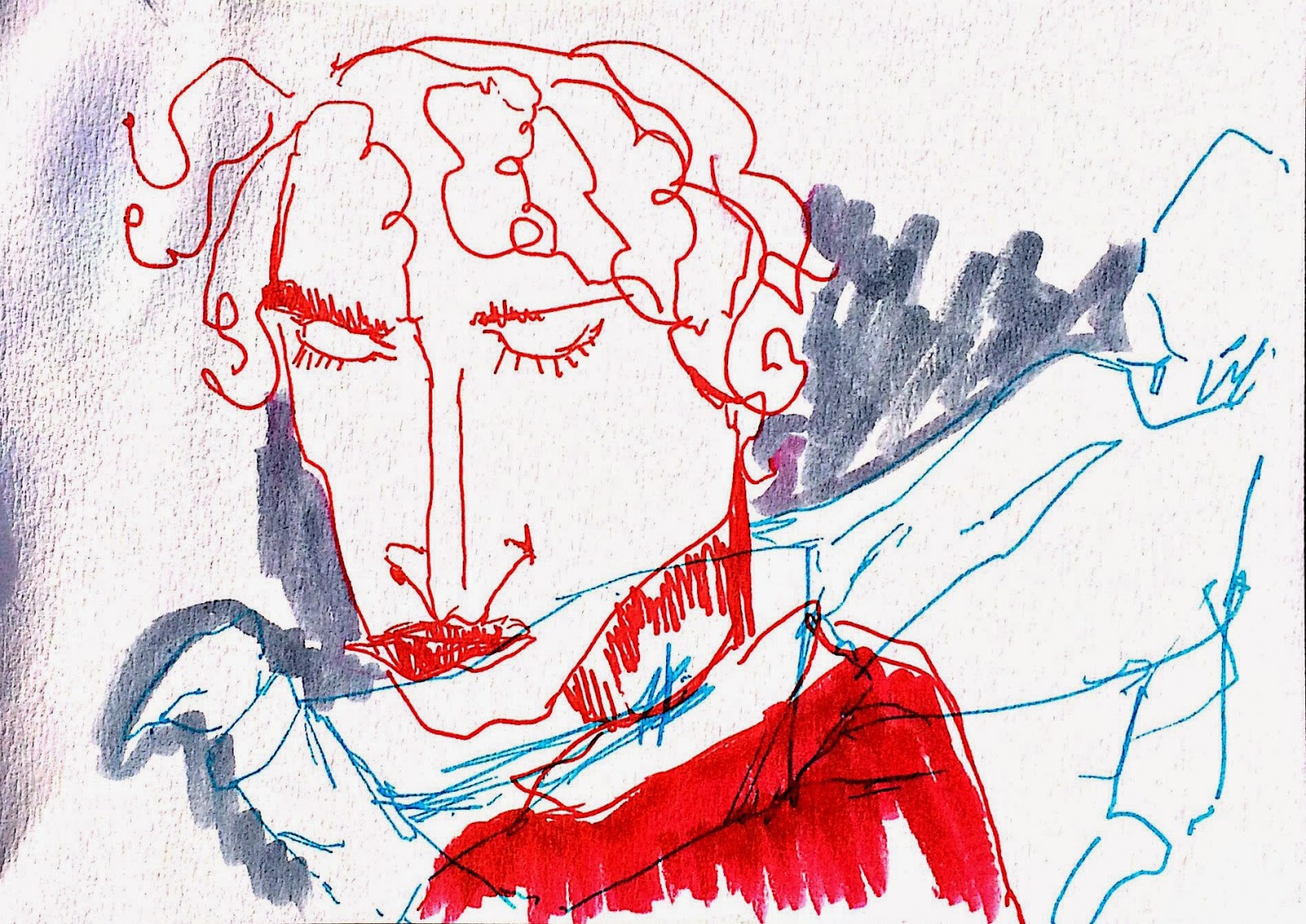 Posted by Jessica Schouela at 18:58 No comments:

My Boobs for Milliseconds 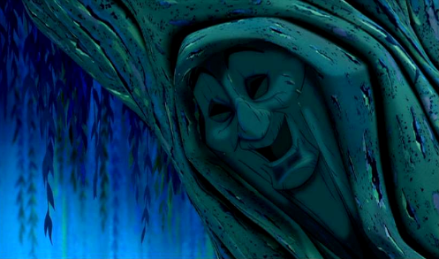 My Boobs for Milliseconds

Come grab my boob
when you get home
I will let you release your face to fall
in between them for several minutes
if that’s what you wish.

I have been led to believe
that the more stuff I make
the closer the world gets to being something we can
all be proud of
when we are finally presented
to the beings who are alive
on planets we don’t know about yet
but that have water to keep the creatures alive
the creatures who nevertheless
might know about us.

I’ll take my sweater off,
the pink lamb’s wool one
that looks like its from the 1980s
and says golf in the middle.

We could count time in milliseconds
to feel like we have a lot of it;
and commit to your face and my own
we could behave like obscene children
who don’t realize how obscure the world is yet
or feet
because we still see rainbows in gasoline spills
and trees that look like cartoon faces.
Posted by Jessica Schouela at 19:53 No comments: 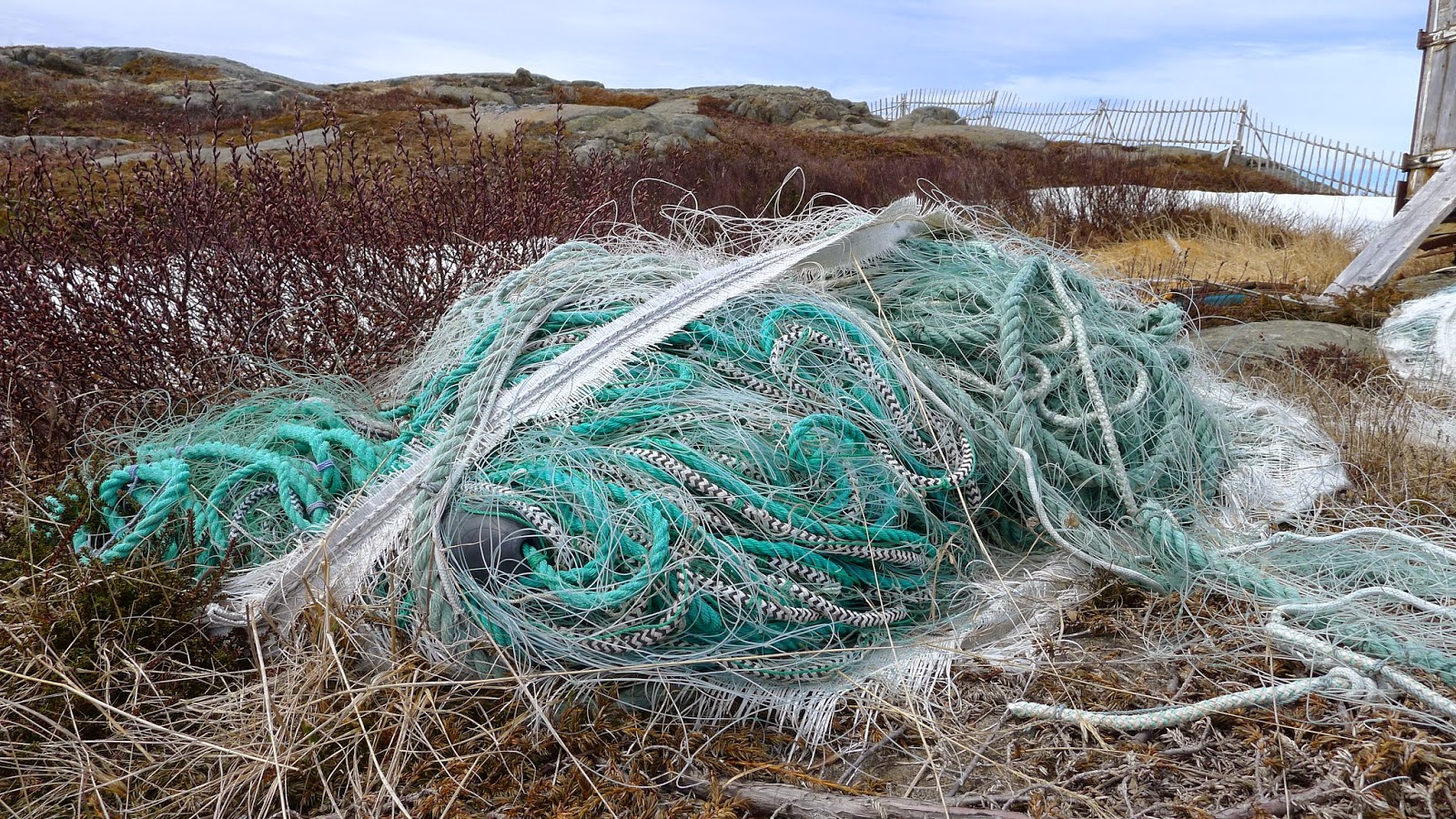 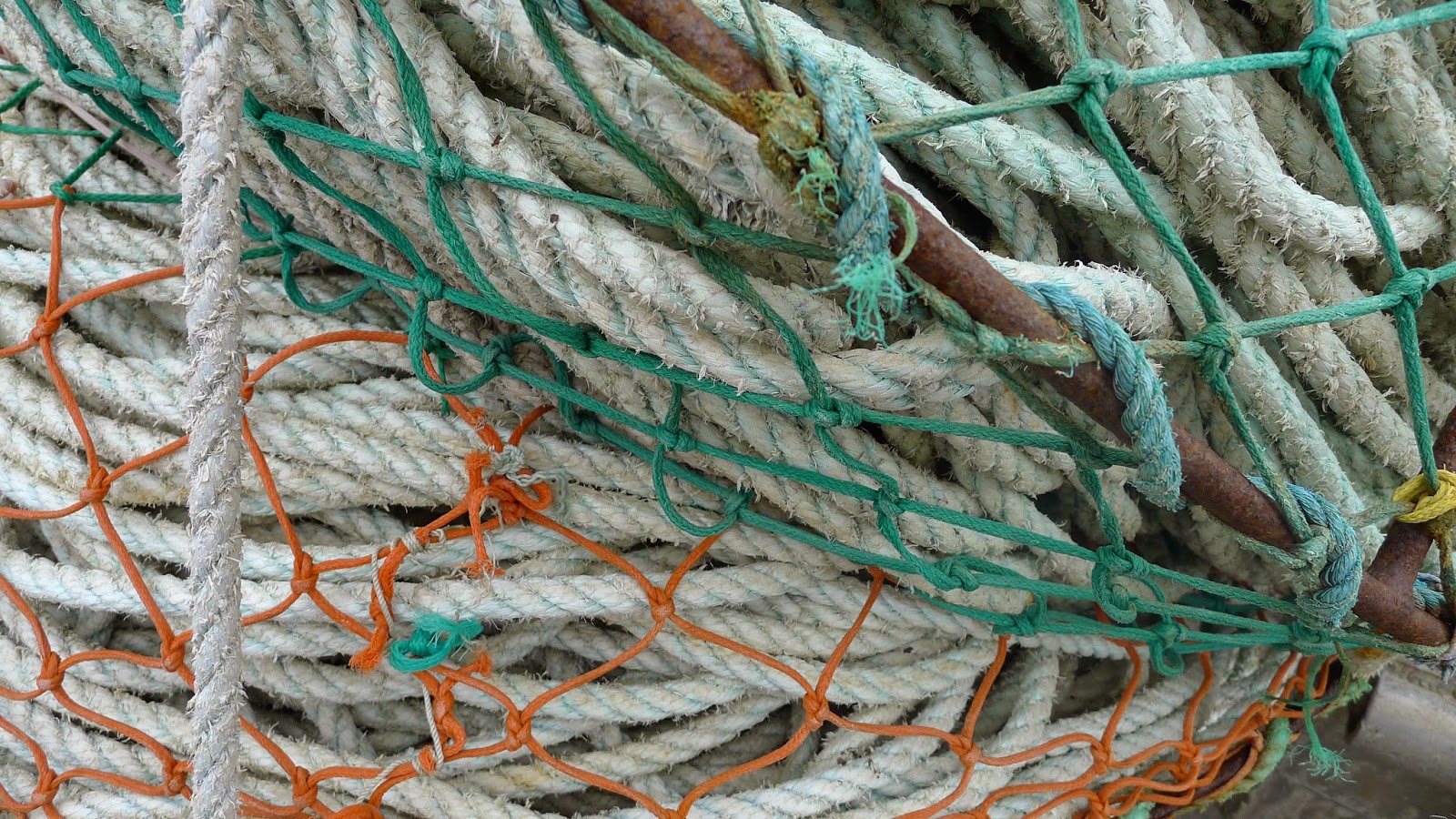 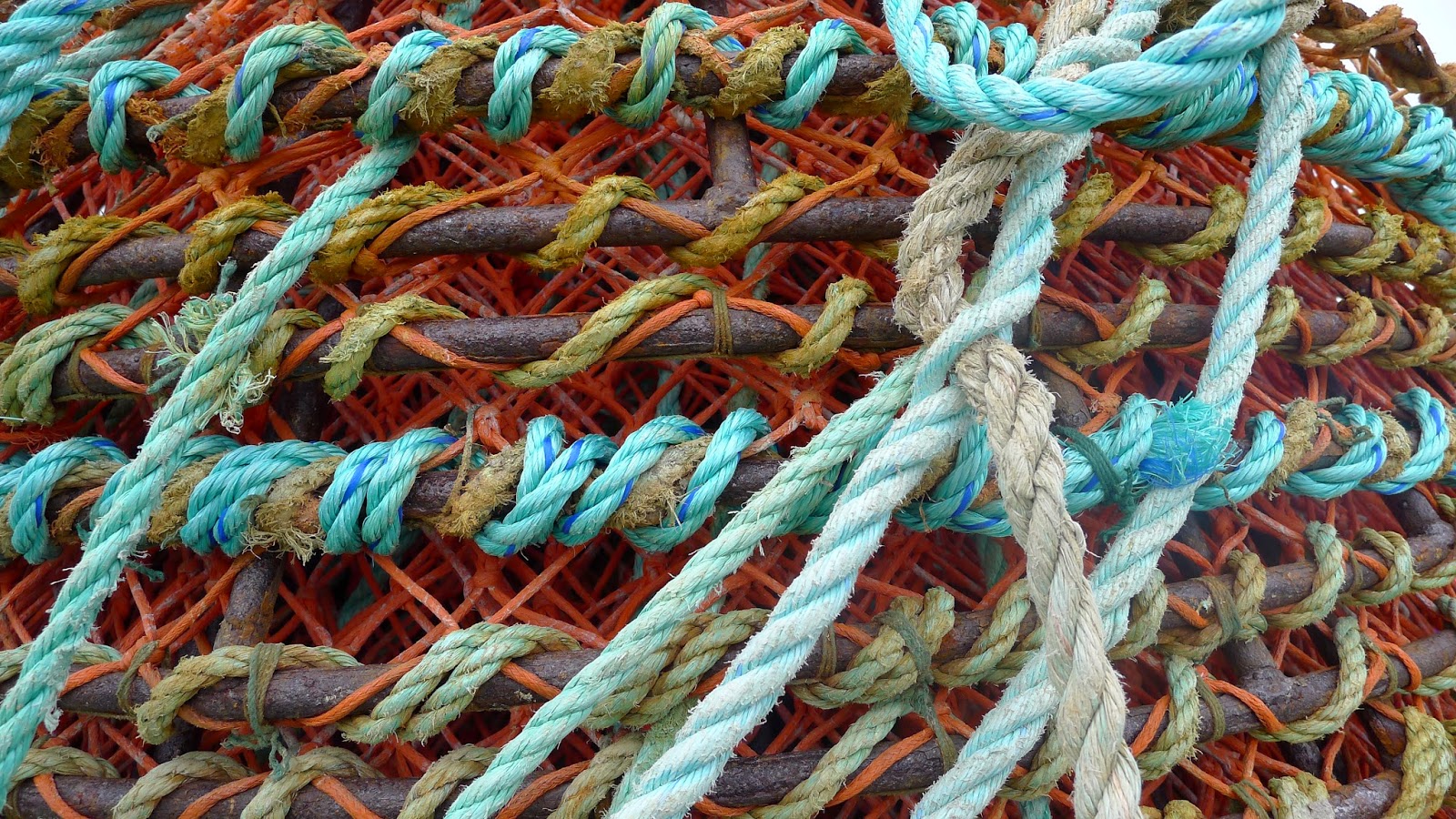 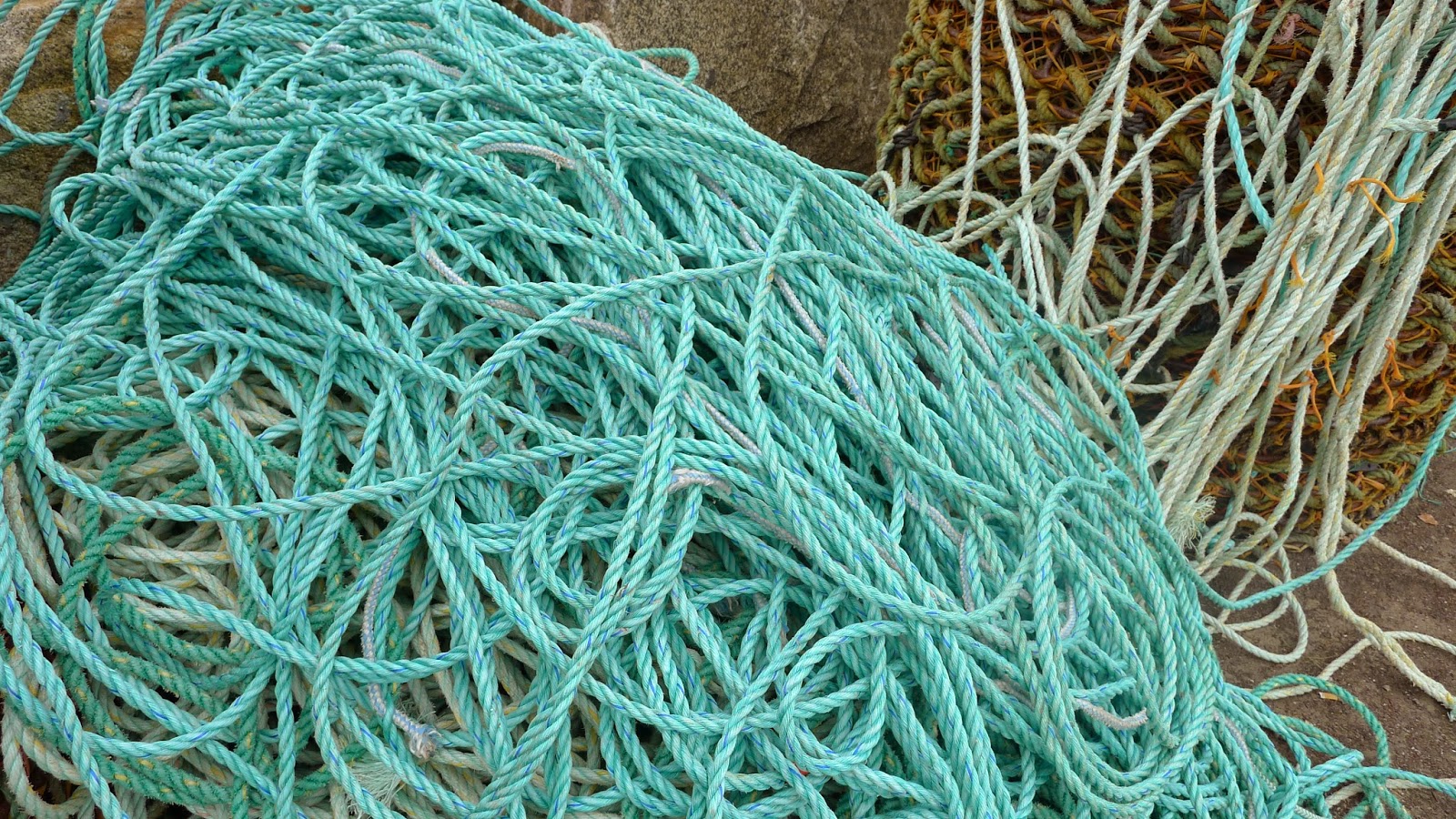 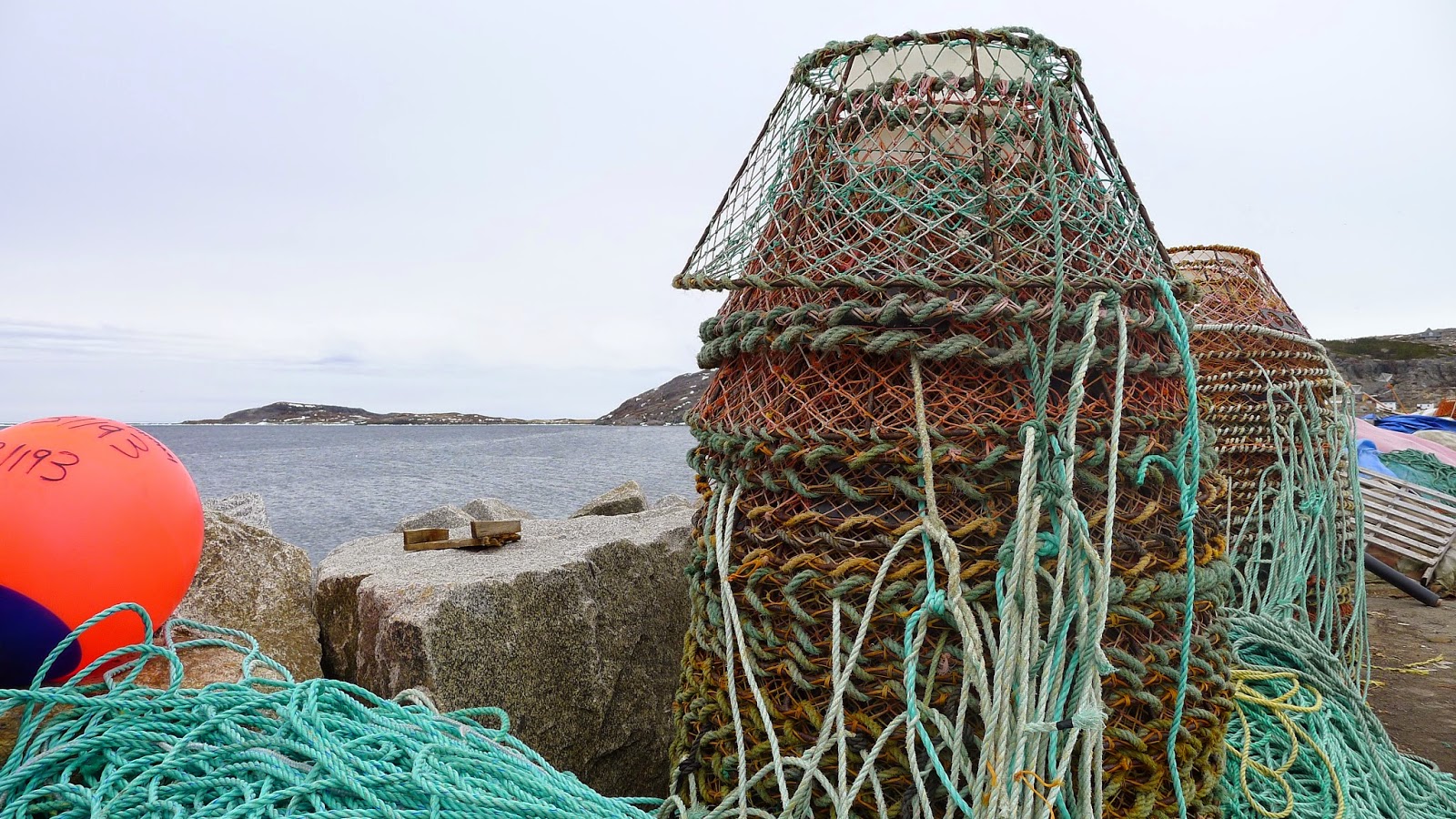 Posted by Jessica Schouela at 19:12 No comments:

Email ThisBlogThis!Share to TwitterShare to FacebookShare to Pinterest
Labels: Photos

My MA Thesis - Challenge for Change

As my classes have come to an end and my essays for them are wrapping up, I have finally made my decision with regard to my thesis. I had been previously struggling in my attempts to find a topic that really meant something to me. During a conversation with my father in a moment of panic, he wisely advised me to chill out. He said that my idea would come to me. I righteously explained to him that these things don’t just come to you but you have to go and find them. How wrong I was! That very night in bed, it all became so obvious and indeed it did come to me. I would go to the place I had returned to in my mind time and time again – Fogo.

Since then, I have been watching the Challenge for Change films, a project by the National Film Board of Canada in collaboration with Memorial University of Newfoundland. The collection of films was made in 1967 with the hopes of facilitating “interpersonal, intervillage and island to mainland dialogue”. The idea was to get the residents of Fogo Island to articulate the problems of their own community as they saw fit. Once completed, the films would be played back to them with the hopes of instilling confidence within its participants and viewers, in their own ability to mobilize social change.

All of the videos can be viewed for free on the National Film Board’s website. Click here to watch the introduction.

Of course, more to come! 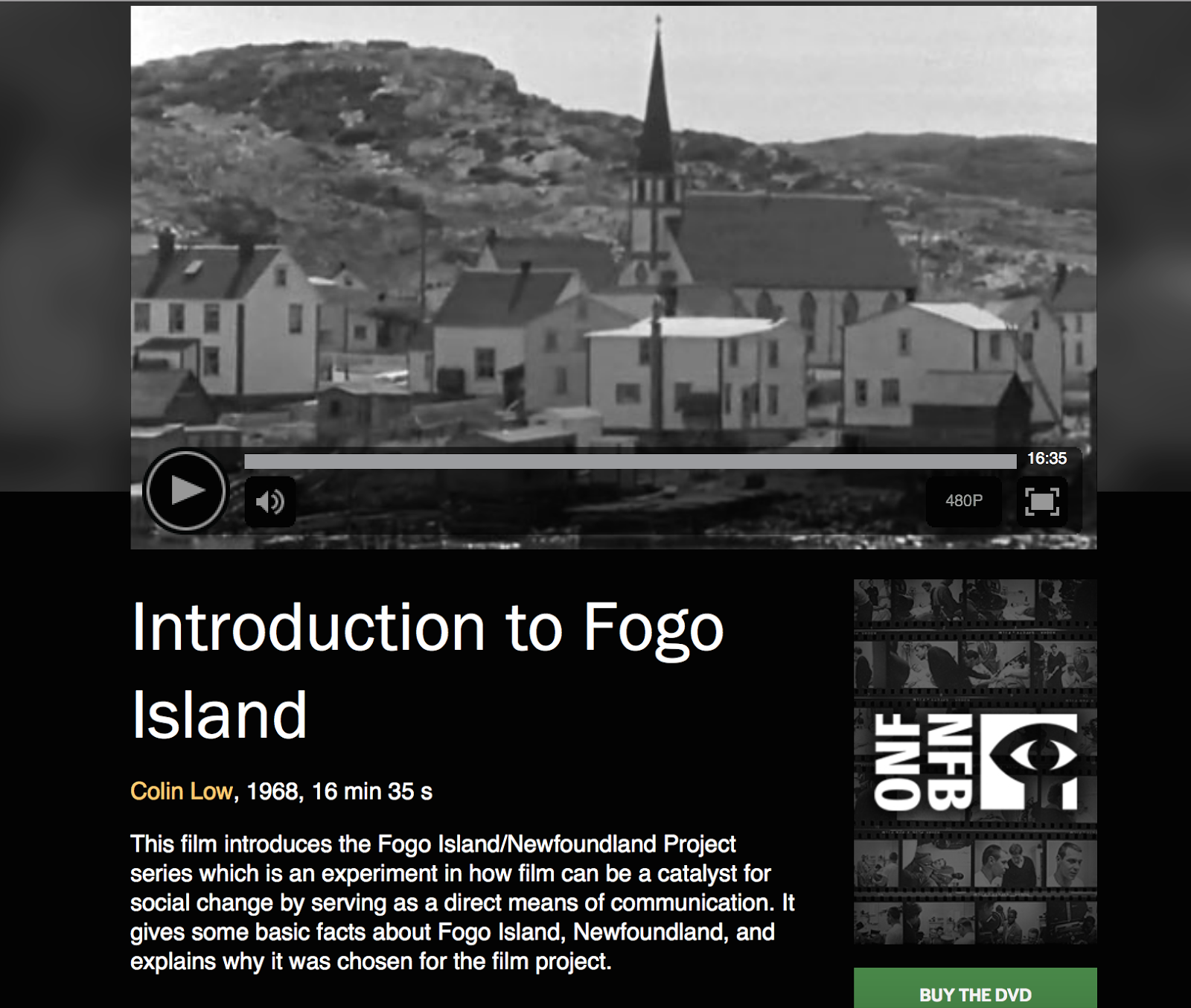 Posted by Jessica Schouela at 19:40 No comments: