When I looked out into the Scottish sea,
into the pixels on the screen,
I thought it strange that I felt
well-traveled.

The light from the television reflected
on the surface of my glasses;
I imagined it would be difficult to see my eyes,
with the distracting images of the sea
playing through Netflix on my lenses.

I’d go there,
I thought
because its so close,
because I live in Scotland.

I’ve been there,
I felt
because I’d seen it
because of its presence on my eyes.

I waited with intent for the scene to be over;
I caught myself counting the seconds
until I might be released
from the duty of representing a landscape
that is not native to me.
Posted by Jessica Schouela at 23:18 No comments:

Milan Kundera's "The Festival of Insignificance"

While this reflection may seem completely arbitrary and redundant, I wanted nonetheless to express that reading Milan Kundera reminds me how much I enjoy reading Milan Kundera. I've just finished his most recent novel "The Festival of Insignificance". Through his use of language, his addresses to his readers and the circles he creates in his narratives, I was brought back to a younger me, reading "The Unbearable Lightness of Being" in high school and feeling completely blown away by it, thinking and feeling, this is what its all about, these words.

In "The Festival of Insignificance", Kundera's characters are at once together, whole, and at the same time completely all over the place, confused and scattered, their thoughts skipping from their mothers to the navel as the most contemporary locus of female sexuality and seduction, joining the previously acknowledged and adored thighs, buttocks and breasts.

While the novel does not really attend to the perspective of any of the female characters, which in fact, are all side characters and exist in relation to the sexual interest of and preoccupation by their male admirers, the male friends are entertaining to the reader and delightful to the women characters. I was particularly charmed by Caliban, who invents words to a language he designates to others as Pakistani in other to maintain his own comfort zone as he waits on elegant upperclass parties. Through his language and his "inability" to communicate in French with another waitress (Portuguese), he manages somehow to draw her to him. The appeal for her is that she believes he can't understand her, and as she hates speaking French, they communicate through her Portuguese and his invented Pakistani. All in all, I am once again tickled by Kundera's lightness, his heaviness, his insignificance, his significance. 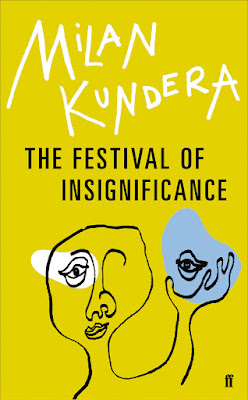 Posted by Jessica Schouela at 19:49 No comments: 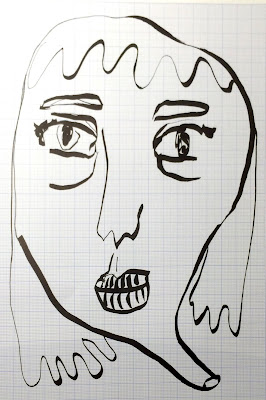 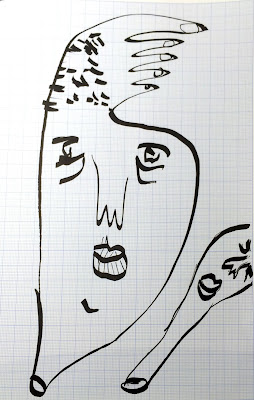 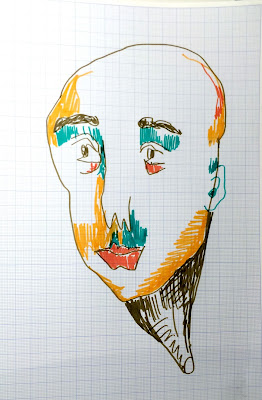 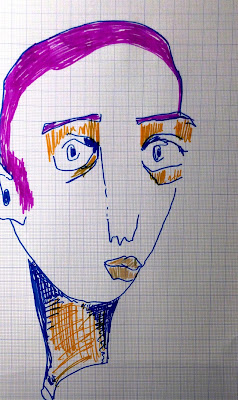 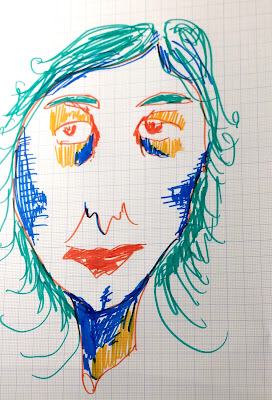 Posted by Jessica Schouela at 21:06 No comments:

Email ThisBlogThis!Share to TwitterShare to FacebookShare to Pinterest
Labels: Dialogues

Email ThisBlogThis!Share to TwitterShare to FacebookShare to Pinterest
Labels: Dialogues

Haven't had the chance to work on things for Cabbage Moths lately because I have been finishing up my MA Dissertation! Very exciting. It was of course an incredible experience to really delve into the Challenge for Change films and to stay, in my mind, with Fogo Island. It has been nearly one and a half years since my trip there, and still, it remains a place so special to me. 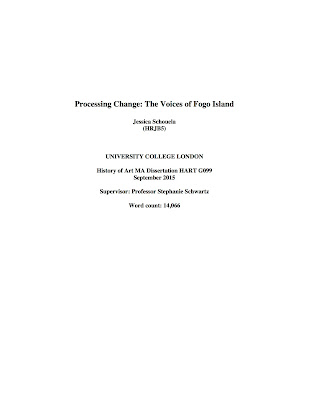 Posted by Jessica Schouela at 13:24 No comments: