Some artworks featured in Olivia Laing's The Lonely City 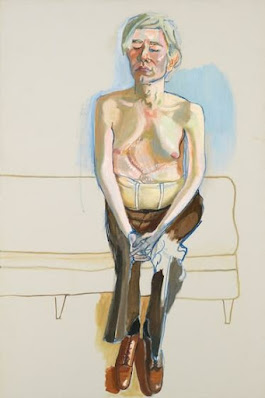 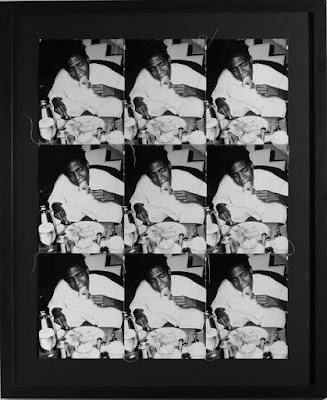 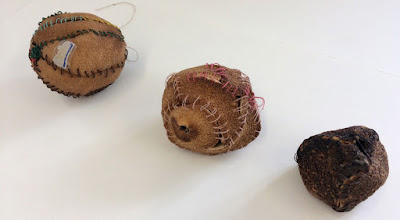 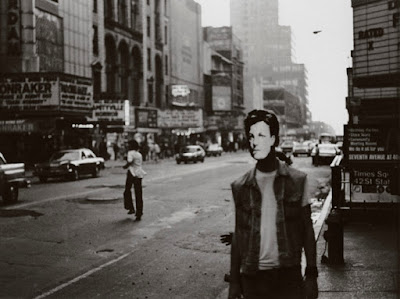 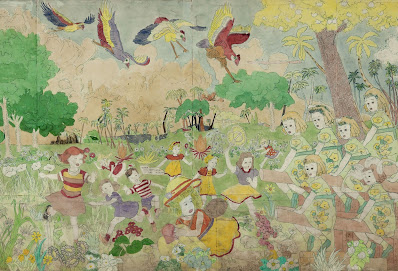 Henry Darger
Posted by Jessica Schouela at 10:33 No comments:

Lately I have been feeling nostalgic for obsolete "technologies", most notably, the watch, letter writing and journal writing via paper and pen as well as a longing for materiality.
Some thoughts in no particular order, unorganised:
- iPhones do everything now. It would be inconvenient for a phone not to tell the time, but have smart phones made watches obsolete? There is a pleasure in things: each item having one designated and focused job. In this case, a watch tells you the time. There is something rather touching in the humility of a watch, its role limited to a single task, without the expectation of being more intelligent, more capable, more connected, more more more. It has its expertise and it delivers. It has a thingness that distinguishes it from other objects or things.
- I bought a watch this week. I am wearing it as I write this.
- I am reminded of Bill Brown's Thing Theory, probably the article that has most stayed with me from my undergraduate studies.
- Vivian Gornick's essay on letter writing and the disappointment she felt for having chosen to make a phone call instead of writing a letter to a friend is something that I can relate to, and at times, comes from a place within me of a deep, nostalgic impulse. While I would never opt to live in a previous time given the opportunity (a big reason being the wins to date of feminism and the freedom I have as a woman today), there are definitely certain things I find myself longing for such as letter writing. I wonder if I am getting old - I am certainly getting older.
- Gornick concludes that phone calls and letters need not be seen as two options with the same purpose, one inarguably more convenient than the other. She concludes that phone calls are responsive and reactive while writing a letter offers the writer a prolonged moment of introspection and reflection, as well as the unique pleasure derived from narrating environments and events, describing your surroundings.
- Phone calls are in real time while letters necessarily incur a delay, their monologue nature and reliance on national post causing them to be always already out of date, old news, perhaps even irrelevant. There is something really appealing to me around knowing for certain you will be somewhat out of the loop, that everyone else is, and that immediacy is maybe not something to strive for in every respect. No pressure that one will miss out. No pressure of being on top of constant flows of information. This is the freedom to be delayed, to be present and also perhaps occupied elsewhere, unavailable for immediate comment.
- I have this romantic idea, since starting to write in journals again (and probably for the most consistent / longest period in my life as of yet), that I will collect my journals and store dozens of matching volumes with my thoughts, ideas, poems, reflections that will somehow compose a life's work in a way that will not have comprised or felt like work at all.
- There is something appealing about going over my notes in 5, 10, 20, 50 years. There is something appealing about the idea of my future children or grandchildren finding them with curiosity. Historical objects of interest. Relics.
- There is a visual pleasure is seeing the 'collection' of volumes. There is something deeply materially satisfying about this as well as seeing the trace of my handwriting, the indexicality of a moment in my own history.
- I like the idea of these things existing offline, excluded from data collection and storage by invisible super powers, used for mass/public/machine learned and personalised control in one way or another (the irony of me writing this on my blog is not lost). I maintain that it is important to safeguard the material and the private.
Posted by Jessica Schouela at 21:25 No comments: 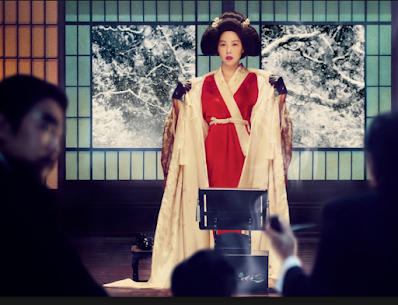 Posted by Jessica Schouela at 20:41 No comments:

This collection of essays spoke to me in a manner so profound and so rarely discovered even in the best reading encounters. 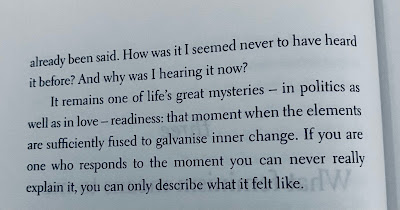 The themes that occupy these essays—feminism, politics/living politically, togetherness, loneliness, marriage, (female) friendship, academic social dynamics, work and creativity, independence, solitude—are ones that I return to time and again in my own considerations of my life, my ambitions, my conceptions around what makes a happy and/or successful life, my capacity to hold onto scholarship outside the academic institution, my vulnerabilities and my relationships. 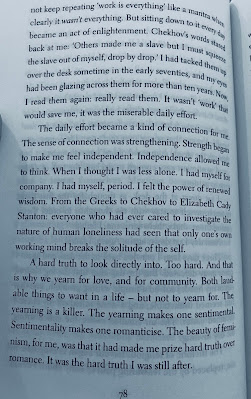 Posted by Jessica Schouela at 21:17 No comments: