I'm so excited by my discovery of Ernö Goldfinger's house at 2 Willow Road last week, which will be the case study for my third and longest chapter of my thesis. I went to visit it on Saturday and was blown away not only by the architecture of the house and by Goldfinger's furniture but also by the collection of modern art that was housed inside, which included works by: Bridget Riley, Max Ernst, Man Ray, Fernand Leger, Henry Moore and to my great interest Amédée Ozenfant, who was the art teacher of Goldfinger's wife Ursula in Paris. I'm so thrilled that my research has brought me to this house, which ties together so much of my thematic work on Loos, Le Corbusier, Mies van der Rohe, and Ozenfant of course and that here in London, I will have the opportunity to discover this house in great detail and the objects inside it, both the valuable art pieces and the trinkets Goldfinger brought back from holidays.

Can't stop thinking about the Foundations of Modern Art... 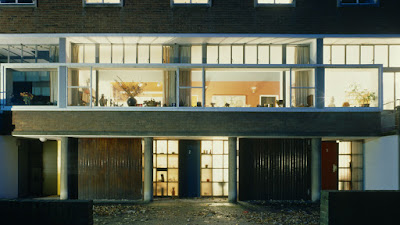 Posted by Jessica Schouela at 18:20 No comments:

ARE WE REALLY SO MODERN? by Adam Kirsch

Interesting overview in The New Yorker of philosophy and asking fundamental questions about existence, God and modernity.

"Modernity cannot be identified with any particular technological or social breakthrough. Rather, it is a subjective condition, a feeling or an intuition that we are in some profound sense different from the people who lived before us. Modern life, which we tend to think of as an accelerating series of gains in knowledge, wealth, and power over nature, is predicated on a loss: the loss of contact with the past. Depending on your point of view, this can be seen as either a disinheritance or an emancipation; much of modern politics is determined by which side you take on this question. But it is always disorienting"

"One of the most popular names for the unexplainable is God: God is how we answer questions about creation and purpose that we can’t answer in any other way. Certainly, both Descartes and Leibniz relied on God to balance the equation of the universe. Without him, they believed, the world did not make sense. The philosophers’ God was not necessarily identical to the God of Christianity, but he had some reassuringly familiar attributes, such as beneficence and providential oversight of the world."

Posted by Jessica Schouela at 18:02 No comments: 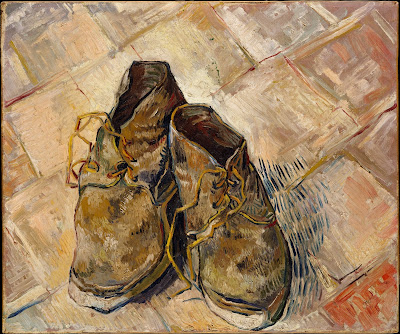 
Posted by Jessica Schouela at 21:09 No comments: 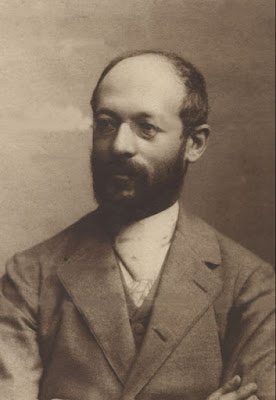 Posted by Jessica Schouela at 21:03 No comments:

I was completely blown away by the exhibition 'Unceded Territories', a solo show of Lawrence Paul Yuxweluptun at the Museum of Anthropology at UBC in Vancouver. I first came about his work in a class I took during my undergraduate studies at McGill on contemporary Canadian Aboriginal art. The work that I was taught is 'An Indian Act: Shooting the Indian Act', a performance from 1997 wherein Yuxweluptun shoots the Indian Act, a federal law from 1876 that remains active today limiting the rights aboriginal peoples in Canada. What remains from the performance are the rifles used for the shooting and the document having endured several bullets. 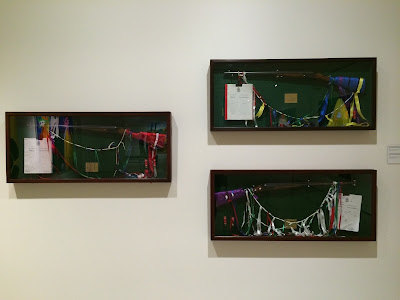 Getting the chance to look at some of his paintings, I was so impressed by his visual eloquence in his efforts to reclaim Aboriginal aesthetics within a modernist canon. Making use of traditions in Pop art and abstract painting (he plays with the tradition of white on white paintings, beginning with Malevich and then continued by Rauschenberg, Jasper Johns, Robert Ryman), Yuxweluptun becomes the agent who appropriates western culture to serve activist pursuits on the ways in which the west has failed many. 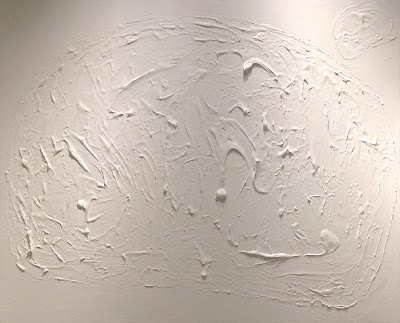 He is the maker and no longer the subject and repurposes the techniques and history of western art to fulfill he own messages. Addressing a multitude of urgent issues such as the residential schools in Canada's ugly history, oil spills in the ocean and power in today's politics, this exhibition was immense and instantiated thought and concern for world problems that have a bad habit of getting brushed over. 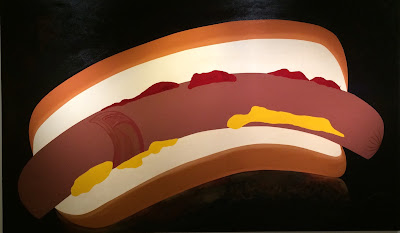 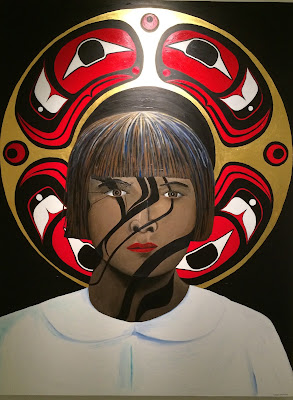 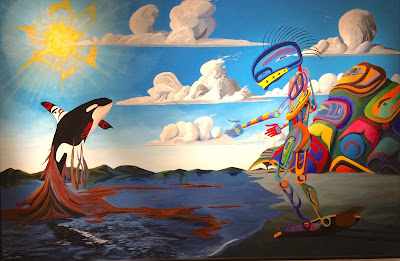 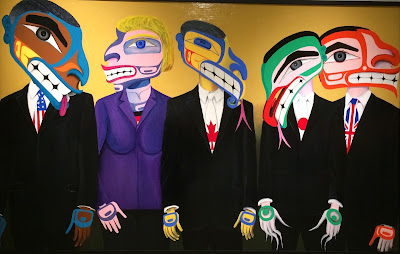 Posted by Jessica Schouela at 18:07 No comments: