I am happy to announce that my abstract was accepted to the Feminist Reading Conference at the University of Leeds where I will be presenting a paper titled "Sharon Lockhart and Noa Eshkol: Reading Gesture Through Dance". The conference will take place on April 15 and 16, 2016. 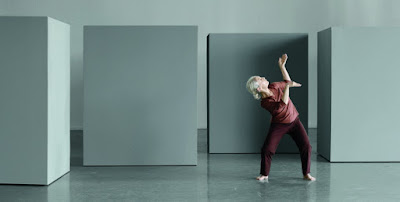 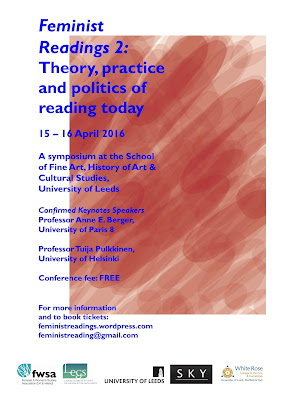 Posted by Jessica Schouela at 17:40 No comments:

Yesterday I visited the Bowes Museum in Barnard Castle to see their exhibition of Robert Mapplethorpe's photographs. While unsurprisingly, the choice of artworks were conservative to say the least, they were, of course, nonetheless striking.

The image below was one that particularly caught my attention. I am interested in the white plinth, reminiscent of minimalist sculpture (such as the L beams of Robert Morris), being gripped by a pair of black hands. Are the hands holding onto the plinth to prevent the rest of the body from falling? Are they trying to tear it down? Are they picking it up? putting it down? Are the hands on display? Is the plinth a part of the artwork or it is merely the support for it? Throughout the one-room exhibition, it was often the hands of Mapplethorpe's sitters that struck me for the first time. But for some reason, I returned again and again to this particular photograph. Moreover, for some reason, I couldn't get David's 'Death of Marat' painting out of my head.

I have been doing a lot of reading on the feigned neutrality of white, the mask that white wash does to buildings and walls to render them seemingly neutral, unnoticeable, modern (see David Batchelor or Mark Wigley). Perhaps it is the contrast of the darkness of the two hands and arm that draw attention to the bleakness of the plinth, to its colour as noticeably and intentionally opposed to that of the sitter's skin. The hands seem almost like a cry for the viewer to acknowledge this juxtaposition, this difference, this charged nuance. 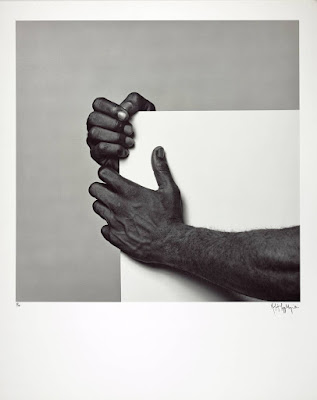 
Posted by Jessica Schouela at 17:37 No comments:

A sentiment on art and life from Ad Reinhardt

I have been doing a lot of research and reading on abstract art and on modern architecture and the ways in which these two might come into contact whereby art might enter into the realm of environment and buildings might be considered to participate in the art object. For Reinhardt, this would be horrifying as he fought for the purity and autonomy of art in its absolute negation of life. For me, however, rather than seeing how art might represent life by way of figuration, I wish to investigate further how art, and particularly abstract painting that still remains a fixed, flat (to greater or lesser extents) picture hung on a museum wall, could be considered as life itself and as a producer of space by way of its own architectonics.

Posted by Jessica Schouela at 17:12 No comments:

A short piece I wrote in 2014 was selected for publication in Squawk Back, where "Online Itch" was previously published. 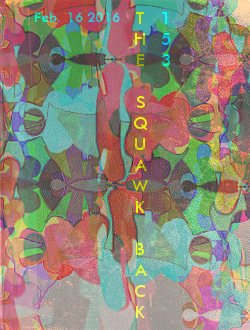 Posted by Jessica Schouela at 14:06 No comments:

I'm excited to announce that I have made a significant change in my PhD project. After much research, I have decided to change by focus to look at the ways in which we might link modern architecture and abstract painting as conduits through which embodied spectators experience their environment, be it their home, a public building of some sort or an art gallery. I will also be weaving issues with regard to gender in these discussions. My working title is:


As for now, just really enjoying catching up on writings on architecture by Adolf Loos and Le Corbusier.
Posted by Jessica Schouela at 22:26 No comments: