People without Power: The War on Populism and the Fight for Democracy

I just attended online a great webinar hosted by Bristol Festival of Ideas with Thomas Frank, author of People without Power: The War on Populism and the Fight for Democracy. 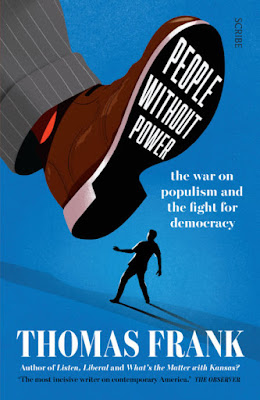 He provided a really interesting history of the term populism and its movements of origin as situated in the 1890s in the United States as a labour movement aimed at mobilising farmers' rights, social equality and nationalising the railway. He then described the way the term has been co-opted and is now used as a foil to the intellectual elite in a way that presents the working class as something out of control, wild and to be feared.

It was interesting to learn about the Bourban Democratics, a group of white Southern conservatives in the late 1870s that sought to stifle and eradicate the labour populist movement of its time as a way to separate and create hierarchies between different race and class groups.

On his blog, Frank has collected fascinating anti-populist cartoons, some of which I've pasted below. 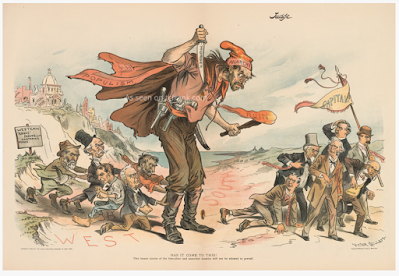 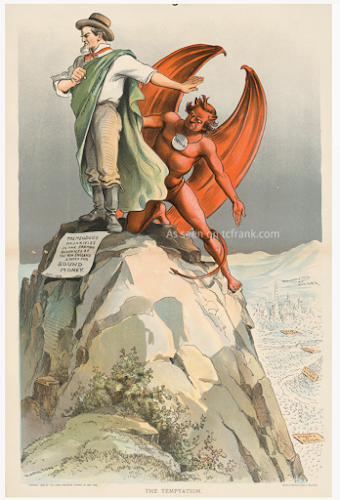 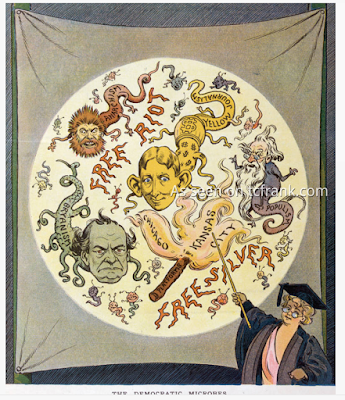 Posted by Jessica Schouela at 18:16