I've really enjoyed reading Amelia Abraham's Queer Intentions: A (Personal) Journey Throught LGBTQ+ Culture, which has given me much to reflect on in relation to other issues that have been occupying my mind lately, particularly follwing the death of Ruth Bader Ginsburg and the implications of this event on the American judicial system. 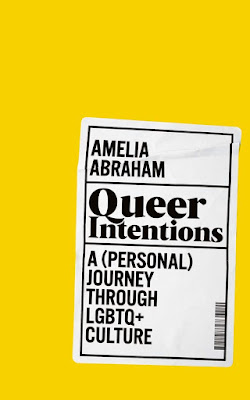 I've been considering what it means to be an activist, ally and advocate and how this materialises differently in theory and in practice. One thing is clear: for someone who cares deeply about this issues, I'm not doing enough - and probably most people who also care are not doing enough - and it isn't acceptable.

Abraham's book was first published in 2019. She writes the following passage about the conflicts between certain British feminists and certain people (often expressed on Twitter) taking a stance to exclude trans women in certain female spaces: 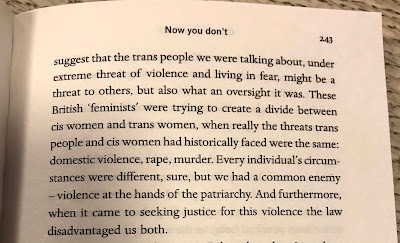 This is extremely relevant today for many reasons: Covid-19 has meant a spike in domestic abuse and the murder of women, which affects trans women disproportionately. Moreover, we have been living through a resurgence of this Twitter argument and witnessing JK Rowling taking a stance against trans women as women, which has been distubring to many and feels like a definitively anti-feminst, exclusatory position.

Moreover, the Black Lives Matter movement has shed light and rightly put at the fore of people's minds the unique discrimination, attacks and murders experienced within the black trans community. Another passage from Queer Intentions: 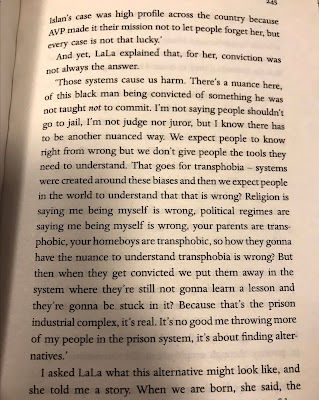 Intersectionality is time and again a necessary consideration if any of these issues (racism, homophobia, transphobia, sexism, etc) are going to be better understood and addressed. Hate crimes and incidents are on the rise and horror in the comfort of one's home isn't coming close to what needs to be done to mobilise and lobby for change.

I attended a training session yesterday for school governors offered by Bristol City Council on equality and diversity in school policies and objectives that as governors, we need to be constantly challenging, revisiting and reforming to ensure inclusivity is embedded in all aspects of school strategy.

Returning to the immediate aftermath of the death of Ruth Bader Ginsburg, I have been asking myself the following questions:

- is it enough to volunteer at local community centres and groups? How can I have a wider impact?

- if I feel real change needs to happen not in the minds of your own liberal and left-wing community — who may largely already be on board and bought into EDI ideas, so that sharing posts on social media is merely speaking to the converted — how do I reach those who may be open to having their views challenged to be more accepting, to changing their minds but don't have the tools or information to do so?

- i.e. how can I have an impact on a systemic level? How can I help to influence voting and/or policy and thus the minds of citizens across the country?

The last question is the hardest to answer as someone who is neither a politican nor a human rights lawyer.

But I believe there to be good answers and I am committed to finding them. It seems as though school governance is a good start, and I'd like to further explore what steps need to be taken to have more inclusive policies/actions plans. I'm excited to dive into, analyse and scrutinuse school data to ensure equal access and opportunity and use this data to make important changes, as well as to explore what a diverse curriculum could look like and what steps should be taken without delay to make diversity and inclusion more visible to students.

Posted by Jessica Schouela at 11:56