Jacques Rancière and Farshid Moussavi on space and politics

Aesthetics and Architecture - The Royal Academy of Arts 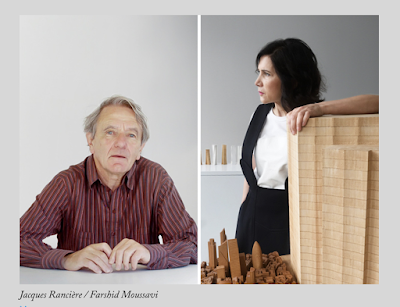 Farshid Moussavi's (who spoke very well) designed apartment building, which uses the cladding to confuse a viewer's attempt to identify from the exterior which flats are 1, 2, or 3 bedrooms, in order to try to generate a space of equality. 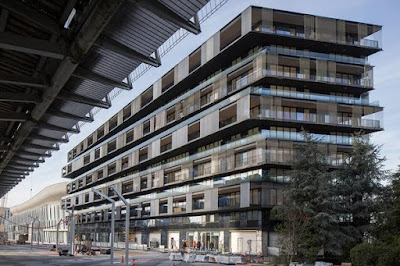 My query: How does disorientation or failure to identify ownership of distinct properties get materialised as a method for equality? How is the illusion of the division of space or the ways in which the imagination allocates space a turn toward egalitarian architecture?

Antony Gormley was in audience and asked questions about how the city becomes an organism, architecture as a conversation and as a form of renewing life, as well as the difficulties in satisfying a public economy that wants icons (capitalism), rather than a public that prioritises economic return.

Posted by Jessica Schouela at 23:05