EDWARD BURTYNSKY AND THE ANTHROPOCENE

The Photographer’s Gallery event on 17 October 2018, held at the Regent Street Cinema with world-famous Canadian photographer Edward Burtynsky, was one ripe with potential. Burtynsky is known for his sublime images, which often comprise an aerial perspective of landscapes radically affected by human intervention. His new project entitled ‘The Anthropocene Project’ is consistent with his historical practice, as he attends to landscapes, not as the Romantics had done previously with the aim of picturing the naturally wild and untameable but, rather, in a very contrasting way: as severely controlled and manipulated by humans. There is no question about the aesthetic value of his work – indeed, one would be hard put to deny the immense beauty of his photographs.

The evening began with Gaia Vince, a journalist and the author of Adventures in the Anthropocene: a Journey to the Heart of the Planet We Made(2014), discussing her travels around the global south. Introducing the concept of the Anthropocene to the audience as today’s geological era, just as the Jurassic has been used to describe a climatic period millions of years ago, Vince’s presentation was remarkably optimistic. Her take celebrated human achievement and the capacity of the human species to adapt and innovate, giving the example of the fabrication of fog nets by locals in Lima to capture water in places where there is significantly lacking.

Vince’s talk was followed by Burtynsky’s account of the development of his photographic work throughout his career. He began by relating a poetic scene of the photographic capturing of the chaotic Canadian landscape from his canoe and went on to say that what he came to feel it was more pertinent to seek and record the contact humans have had with the natural environment. In this regard, he showed photographs he had taken in mines, quarries and of dams. His more recent work has taken an aerial perspective, one that often abstracts the landscape. This desire to photograph the world from above begins with Nadar in his hot air balloon in the 1860s over the streets of Paris. The aerial perspective has a historical presence not only in surveillance documentation that began as of World War One, but also in Modernist experiments with photography’s mobility and well as its demand to revise what vision changes with the camera as a technical support for representing the world. The aesthetic result is perceptible in, for example László Moholy-Nagy’s aerial photograph of the Berlin Radio Tower(1928). Moreover, Burtynsky’s aerial images partake in an important art historical tradition associated with abstract painting: that is, the all-over composition whereby foreground and background are converged and indistinguishable, as in the paintings of Jackson Pollock.

One work that Burtynsky presented was a three-dimensional digital photograph he was able to produce using multiple cameras and a software stitched together a huge number of shots to compose a model of Burtynsky’s object of interest. This object was a carefully constructed pile of elephant tusks in Kenya, each tusk carefully positioned so as to form a hut-like structure. These tusks were subsequently burned as a message to poachers against the exploitation of elephants for their ivory. Describing this photograph, which could in the future enable the transportation of the three-dimensional model to the gallery space in a manner akin to virtual reality, Burtynsky compared it to work of Duchamp or Rauschenberg and the ready-made. This struck me as particularly displaced. His work, in my opinion, was not at all ready made. In fact, it was carefully assembled in a manner so as to facilitate the eventual, efficient burning of the raw animal matter. The structure, despite the horror associated with the removal of the tusks and the consequent death of the elephants, was aesthetically charged, not only as a result of its architectural integrity but also as a function of the history of the use of ivory as a material for the fabrication of ornaments. The transposition of this work through the use of digital technology is, rather than working in the legacy of the ready-made, firmly situated within the historical uses and ontological capacities of photography. Indeed, photography is a medium that, from its conception, visually brings the viewer closer to a subject, eliminating distance between a beholder and objects or places in the world. Walter Benjamin wrote about this as early as 1936 with regard to the dissolution of the ‘aura’ of art at the moment it was confronted with the emergence of photography. More acutely, Burtynsky’s three-dimensional photograph of the tusk pile may generatively be seen as an exploration of the potential collaboration between photography as a twenty-first century digital medium and sculpture.

The aesthetic quality of Burtynsky’s photographs mirrors the disturbing acknowledgment that the structure of tusks is, in some capacity, visually appealing, despite the presence of a deeply felt resistance to seeing them as such. Indeed, another, perhaps more political, project, albeit a less beautiful one, might have been to photograph the rubble and debris of the burned tusks, as a way of signalling a refusal to participate in the perpetuation of ivory as an artistic material.

What was missing in the event as a whole, I kept feeling, was a presence of politics and a critique of the Anthropocene which, in other contexts, has been rightfully scrutinized as a devastation of the planet by human hands. The words ‘urgent’ or ‘crisis’ were not mentioned once, and the phrase ‘climate change’ was only uttered by a member of the audience during the Q&A.

Thinking about how stunning his photographs of oil spills in the ocean are, I asked Burtynsky myself the following question: Your approach to photography is scientifically rigorous and explores an archival impulse to document the earth today. And your pictures are very pleasing aesthetically. To what extent is the beauty in your photographs antagonistic to, or in tension with, what are undeniably politically charged images? His response was that many people have questioned him on the dangerous potential of the aestheticization of the disrupted landscapes, and that he intentionally does not publish or display his photographs with a political blurb. This is, he said, so that viewers might respond more intuitively to them instead of being swayed to a political judgment on the geological impact of resources that we currently depend on, such as oil or copper. He said that the beauty draws people to the photographs and that his primary intention is to get people to look at these images and thereby to open the potential consideration of their distressing or disturbing nature.

This response, like the event altogether, lacked a necessary consideration for the ecological problems of our planet. While there was acceptance of the fact that our landscapes look as they do in Burtynsky’s photographs because of the decisions and actions of human beings in capitalist society, this was not recognised with an attitude of responsibility and remorse. Instead, I sensed the complacent view that the deformed landscapes constitute the collateral damage necessarily produced to maintain current lifestyles. The visual impact of Burtynsky’s work was not done justice by his accounts of his own practice or by his reticence to engage politically with his work. I wondered if this was an intentional, diplomatic strategy that would allow him continued access to the extraordinary places that he photographs. In any event,, the political charge of these images is undeniable. Ultimately, Burtynsky’s photographs require from us as art viewers, but also as inhabitants of the earth, that we attend to, and take responsibility for, what is incontestably the catastrophe that is the Anthropocene. 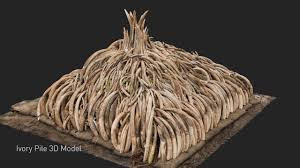 Posted by Jessica Schouela at 11:48