As when I read comics by Gabrielle Bell, which are more confessional in terms of emotional states, reading the travelogue of Guy Delisle who reflects on his 3 month work trip to Shenzhen has been a rather charming experience. While he does discuss his emotional response to the city (which he struggles to connect to), his observations are at times very matter-of-fact, despite being undeniably nuanced and subjective given his difficult experience.

There is something extremely naive (in the best way) and delightful about these observations and the kinds of close reading of one's own life that accompanies autobiographical writing (and drawing), which has the taste of a child's encounter with new stimuli in the world, probably particularly in the context of culture shock during a solo trip. So far, really enjoying Delisle's book! 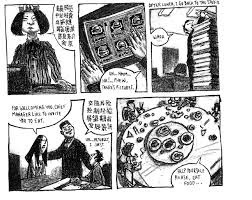 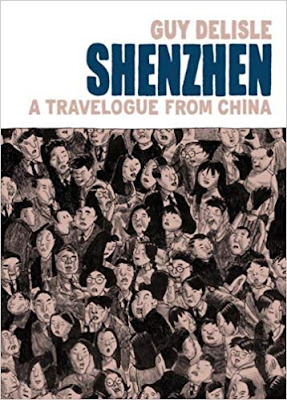 Posted by Jessica Schouela at 08:56