Today, at the talk given by Martin Hammer (University of Kent) at the University of York as part of the research series, he related to a series of prints titled 'A Rake's Progress' made by David Hockney from 1961-3 during a visit to New York. The talk discussed Hockney's autobiographical experiences in New York, which coming from Britain, seemed like a glamorous city that was fuelled by aesthetics and desire. Hammer explained how Hockney was influenced by a spectrum of (homosexual) artists and poets in New York, including Frank O'Hara and Larry Rivers. In this context, I was introduced to the following poem by O'Hara, which I immediately responded to with affection: 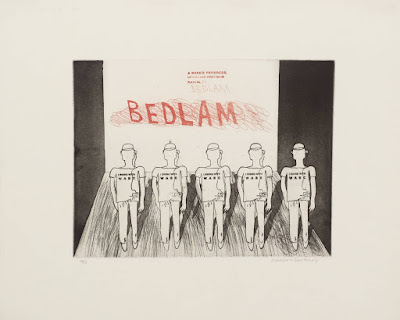 Posted by Jessica Schouela at 19:35