Another Eye: Woman refugee photographers in Britain after 1933, and some thoughts on Brexit

A really interesting online exhibition supported by the National Lottery through Arts Council England, and the Paul Mellon Centre for Studies in British Art, as part of the Insiders Outsiders festival on refugee artists who fled to the UK from Nazi Europe. They've also included a Curator's Recommended Reading list.

The exhibition includes a variety of photographs from women photographers that range from studio portraiture, social documentary, reportage, street photography and fashion. 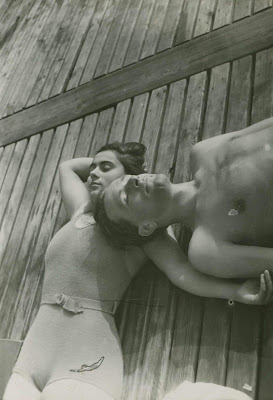 A photograph of bathers by Erika Koch, who was forced to leave her school in Berlin because she was Jewish, and sought refuge in the UK at the end of 1936. Photograph: Erika Koch Archive. 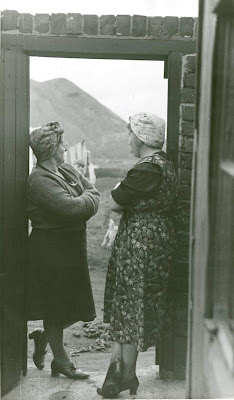 Some thoughts on Brexit:

These photographs and this history have brought to the fore anew my feelings and thoughts around Brexit and in moments where I have witnessed racist interactions, mostly on the tube. I've been thinking about my position in the UK as an immigrant. More specifically, a Jewish immigrant, who, despite having olive skin, often "passes" as white. I live and work in the UK as a result of my Portuguese passport, which took three years to acquire through a reconciliation initiative offered by Portugal to Jews who can trace their origin to the Iberian Peninsula, and who would have, as a result, been expelled during the Spanish Inquisition.

I have often thought about the irony of this history and my complicated relationship with it. My passport came through just months before Brexit was official. I am only here because of a scheme founded on making up for a past of exclusion. The Second World War, while it is not recent history anymore, is still not in the too distant past. Right wing movements are gaining momentum in global sweeps. Antisemitism, along with many other anti- sentiments feel a looming possibility, a conceivable threat in both overt acts of violence and racist, but also in the smallest comments slipped during disagreements gone too heated, a sneer under one's breath, an unconscious bias that solidifies inequality, or in the most subtle, but definitively communicative glance.

And while I don't always "signify" as anything other than white, all four of my grandparents come from Arab countries. My brother is much darker-skinned than I am. But as a white(-ish), Canadian woman, I am welcomed here. The precariousness and randomness of this position is not lost to me. Safe for now, through for somewhat arbitrary reasons, may not always maintain this secure status. I am aware of the fragility of acceptance.

The notion of "home" has interested me for a long time for a variety of reasons. I've considered what home means to me as a Canadian settled in the UK. Canada, while home in certain ways, is not the country of my heritage, the place of origin for generations of my family. Home has always felt flexible, and I have benefitted from this openness, opportunity and freedom. When people shout at others from a place of hatred and intolerance to "go home", aside from this statement being one of despicable racism, it is also one of rigidity, limitation and stagnation.
Posted by Jessica Schouela at 20:55