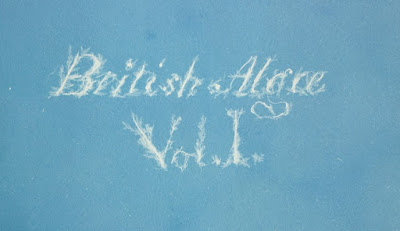 "English botanical artist, collector and photographer Anna Atkins was the first person to illustrate a book with photographic images...

Anna's self-published her detailed and meticulous botanical images using the cyanotype photographic process in her 1843 book, Photographs of British Algae: Cyanotype Impressions. With a limited number of copies, it was the first book ever to be printed and illustrated by photography.

Two more volumes were produced between 1843 and 1853. In the volumes held at the Museum there are 411 plates each, with their scientific names handwritten by Anna...

Women were restricted from professionally practicing science for most of the nineteenth century as it was an area dominated by men. Botany, however, was a subject that was accessible to all - in particular botanical art and illustration, which were considered a suitably genteel hobby for women." 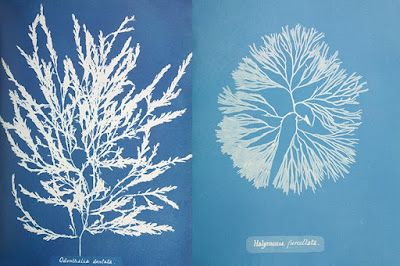 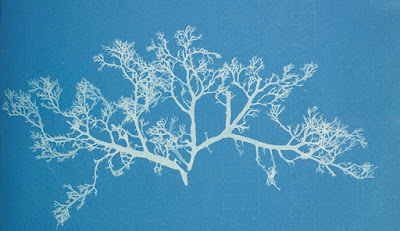 Posted by Jessica Schouela at 14:55