Max Porter, Grief is the Thing with Feathers

I am absolutely loving Max Porter's Book, Grief is the Thing with Feathers (2015).

One recurring stylistic choice in the book is producing lists within sentences. What I have found striking about these lists is that at times, the items listed seem to have an arbitrary connection to one other, like a disorganised train of thought or like a series of words conjured through free association. However, the juxtaposition of these words (seemingly disparate) give new meaning to each by way of being placed alongside each other as collection in a series, brought together almost as if by chance, but their togetherness consequently becoming absolutely vital. 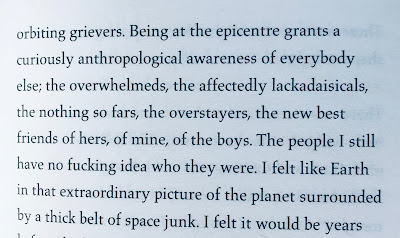 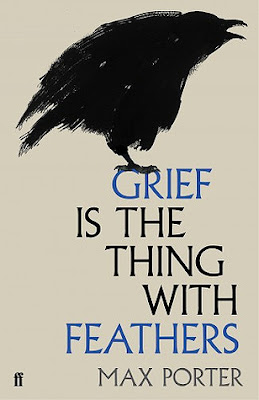 Posted by Jessica Schouela at 09:46