Zadie Smith, Fascinated to Presume: In Defense of Fiction

I have been thinking lately about this later stage of dealing with and managing the social implications of coronavirus and isolation. I firmly believe that as individuals we grow and thrive most through our contact with the world, through exchange and communication with and experiences of the other, somehow discovering who and how we are most lucidly through these external encounters.

In this video interview, Sally Rooney explains how she first conceived of her protagonists in Normal People, Marianne and Connell, as a dynamic. Starting from the dynamic of their relationship, she could delve deeper into their individual experiences to make sense of why they behaved, responded and thought the way they did with each other.


In her essay, "Fascinated to Presume: In Defense of Fiction", Zadie Smith delineates her process of developing characters, having wondered since childhood what it would be like to be someone else, to live in their house, their era, or have their parents. She writes: "I’ve always been aware of being an inconsistent personality. Of having a lot of contradictory voices knocking around my head... The voices of characters joined the ranks of all the other voices inside me, serving to make the idea of my “own voice” indistinct. Or maybe it’s better to say: I’ve never believed myself to have a voice entirely separate from the many voices I hear, read, and internalize every day."

Smith proposes that this phenomenon is what distinguishes the schizophrenic or psychotic from the novelist. I like this idea very much, particularly if I am to think about myself as the author of my own life and how isolation as a result of Covid-19 results in less rich characters - in other words a version of myself I feel to be less complex, less multiple and a little lacklustre. It has led me to feel very strongly that we need contact with others to grow ourselves and by extension to like ourselves and find our own company interesting and stimulating. Without this sustained contact, we have are made up of less dimensions, and we don't benefit (as much) from our relationality to the world (though the internet helps a little).

Quoting Walt Whitman, "I am large, I contain multitudes", Zadie Smith argues that the word contain "share[s] some lexical territory with other troubling discourses", such as colonialism and prison ideology. This is particularly potent at this time not only as we live with coronavirus, but because we are also living at the pivotal moment of the Black Lives Matter movement with global protests following the murder of George Floyd by a white policeman in Minneapolis.

In this way, I wonder if seeing ourselves as the novelist or author of our own lives may act as a tool for empowerment to be multiple and relational as well as to grow as an individual as we consider how we need to change as citizens of the world. I propose acknowledging this colonial connotation to containment, and then implicating ourselves in it. A key role of the novelist is to put yourself in another's shoes, to try to describe the experience of their lives from their perspectives. This is useful for allies at this time not so we can claim we understand what it is like to bear the burden of systemic racism, but to stand alongside friends, neighbours, and colleagues, to appreciate their lives and experiences, to respect them and demand respect and justice for them.

We might think that relationality or interpersonal dynamics primarily help us to determine what/who we are and conversely, what/who we are not. Instead, I wish to argue that engaging with others and with the world makes us not more us, but rather, more in general - more aware, more empathetic, more interesting, more free. 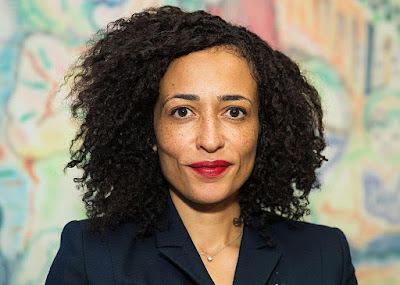 Smith's thesis comes together when she introduces the role of presumption, claiming that "when I depicted the lives of a diverse collection of people in my first novel, that I was 'correct.'" She goes on: "But I was fascinated to presume that some of the feelings of these imaginary people—feelings of loss of homeland, the anxiety of assimilation, battles with faith and its opposite—had some passing relation to feelings I have had or could imagine." The point of this for Smith is that when imagining and thus when reading and writing, we realise there is much that is shared: what she calls "flimsy emotions", that is, human emotions like happiness, sadness, grief, fear, loss, confusion, etc.

As such, our contact with the world, our exchange with it and with those who inhabit it, as we enact our roles as both speaker and listener, render our lives richer, more interesting, more filled with love, and ultimately multiple.

"The accuracy of this fictionalization is never guaranteed, but without an ability to at least guess at what the other might be thinking, we could have no social lives at all. One of the things fiction did is make this process explicit—visible. All storytelling is the invitation to enter a parallel space, a hypothetical arena, in which you have imagined access to whatever is not you. And if fiction had a belief about itself, it was that fiction had empathy in its DNA, that it was the product of compassion."
Posted by Jessica Schouela at 09:45