I was delighted to attend a conversation hosted by the London Review Bookshop between Rachel Cusk and Bernard Schwartz on a 1952 two-hour recording of Katherine Anne Porter reading her novel Noon Wine, archived by The 92nd Street Y in New York. The audience got a sense of the story through listening to selected snippets, Cusk reading passages, and both Cusk and Schwartz storytelling and revealing relevant biographical information on Porter.

It is truly a remarkable experience listening to Cusk speak and absorbing/consuming her consistently apt and eloquent descriptions and observations. 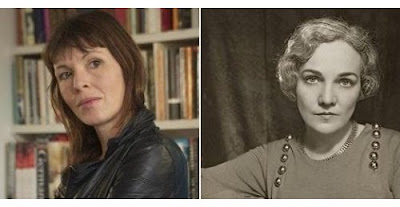 Some notes I made, mostly phrases by Cusk that so immediately blew me away:

- the novella has a certain homelessness about it and as a form, it isn't always clear what to do with it as it is with a short story which is like a photograph

- without solidity and situatedness (like Virginia Woolf), mid-20th century women writers get lost and their status is precarious when it is based on an honest and admirable "fragility" and "frailty" but also having had a rackety life as Porter did - there is much merit in this vulnerability

- Porter was reviled for making up stories about herself and reinventing herself as a southern belle, developing her own deliberate manner

- Cusk described the characters in Porter's Noon Wine as giving birth to themselves through the act of consciousness. She spoke about how for her, the characters are in the process of becoming but reach an impasse when they have to confront themselves

- reality as an equipoise of good and bad / love and destruction

- Porter as not writing about extremes or exaggerations, but rather the randomness and amorality of action. Cusk used the phrases the "unattainability of happiness" and "benign practices of acts of violence" to describe the plot and the emotional confrontations of the characters in Noon Wine. She describes Mr Thompson's fate as coming down to an inability to understand the moral structure of the act he committed

- Cusk revealed that it is hard to write an innocent sentence that isn't predetermined and she praised Porter for the lack of ego in her writing. We briefly discussed autofiction and how difficult it is to write sentences that don't have bits of one's identity embedded in them 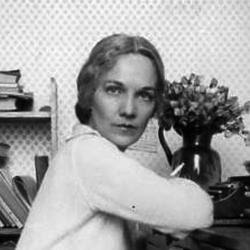 Posted by Jessica Schouela at 06:53