Sarah Moss's novel, The Tidal Zone about parental anxiety is a nuanced and insightful book that aims to consistently challenge the status quo and bring together political academic thought with an effort to disentangle why clichés are clichés.

What is unique about this book is that a female author adopts the voice of a male protagonist, a stay-at-home Dad who is responsible for the house and attending to the couple's two daughters. The mother is a GP and the breadwinner, and is often late coming home, and does not do the cooking or cleaning. The father struggled to find academic work after his PhD in History of Art, moving between short-term teaching contracts, and settling for teaching on a very part-time basis, so that his time could be spent with household and child rearing duties. The father (and mother) has to deal not only with the sudden health scare of his eldest daughter, but also with the judgment of fellow parents who struggle to see beyond gender in parental roles.

Moss's aim to write from a man's perspective who adopts a traditionally female role and inhabits female spaces is ambitious and fascinating. One scene struck me in particular: the father is taking his five-year old daughter to her friend's pool party and has to navigate how to have her change in and out of her swimsuit in the locker rooms. He concludes it is not appropriate for him to accompany her to the women's locker room nor for her to change in the men's room (although women often take their young sons with them in the women's room). It is agreed that his daughter will be accompanied by a friend's mom in the women's locker room. Once by the pool, he is asked by another mother to step aside and keep his head down as other mothers (who he observes are on their phones and distracted from watching their children) are suspicious about a man watching children in a pool. 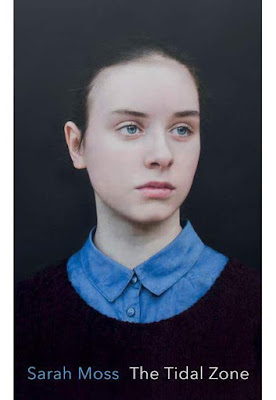 Posted by Jessica Schouela at 15:43