Shipwreck at the Almeida

Yesterday, I went to see Anne Washburn's play, Shipwreck, at the Almeida. The setting of this story is in Trump's America. There are three narratives at play - the two main ones centre around a farmhouse, and tell the story of the previous family who lived there, and then the imagined subsequent occupants by a black man who lived at the house as a child, adopted from Kenya by a white couple.

The play takes to task the dinner conversations of a group of friends belonging to the while liberal elite, most of whom discuss Trump with horror and disgust. The conversations demonstrate the obsessional tendencies of this social group to observe and repeat their infuriating feelings about the injustices caused by Trump in his presidency. While these scenes are all too familiar to me, Washburn sheds light on the hypocrisy of the horror of white liberals by suggesting that their interventions are often limited to social media or take the form of complaints unbacked by real action in the street or other forms of productive activism. Washburn shows insight into the complexities of rhetoric and action amongst those who consider themselves the most 'woke'.

The question does everything have to get really bad, really nightmarish and hit rock bottom in order to see a change was posed. The Bible was a recurring theme and reference that worked to develop debate on morality or clear understandings of good/bad, right/wrong. Self-doubt ensues in an attempt explore subjective perspective: they are called the right, they must think they are right... what if they are right?

One word that appeared more than once that struck me was CHARISMA, which might be considered something of a salvation, a way to get by.

Washburn's play proposes different reasons why sympathetic and reasonable people voted for Trump. To me, the ultimate message was about communication and listening, and about hearing those with grievances and opinions, even if they radically oppose your own consideration of morality and actually doing something about it. 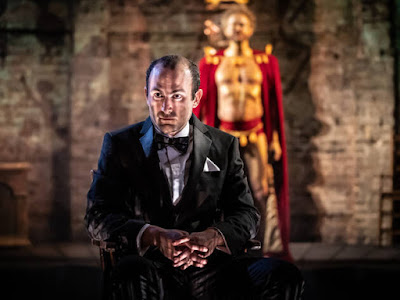 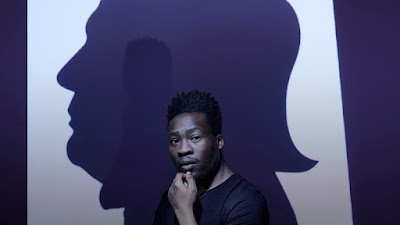 Posted by Jessica Schouela at 11:31