Rewatching Michelangelo Antonioni's film Red Desert (1964) yesterday, I was reminded by how poignant the film is in so many ways. While much of the scholarship focuses on his use of colour, what struck me, screening the film a few years later, was the intense subjectivity on the part of Giuliana (Monica Vitti) that Antonioni accomplishes through a variety of cinematic techniques including sound, but also mismatched shot/reverse shot sequences that not only allude to but make visual and palpable for the spectator Giuliana's sense of disorientation, anxiety, confusion and ultimately distress.

One scene struck me particularly: the character Corrado (played by Richard Harris), somewhat out of nowhere, expresses that the reason that he keeps moving his life to different cities is that sometimes he feels he does not have the right to be where he is. This made me wonder about the idea of having the right to be somewhere, as if it may be related to a sense of entitlement, justice, or at the very least,  a feeling of comfortable belonging where one is situated. What gives anyone the right to be anywhere? This also links to my recent ideas around privilege and the ways in which life can so very often, perhaps more often than not, be incredibly unfair. If we have no right to be where we are, how to move beyond this and appreciate it? Why should feeling a sense of belonging be related to one's rights, or in a sense, the idea that one deserves to be where they are? Perhaps things are simply more random than this, and in that randomness, consequently unfair. How to make sense of what we believe we deserve and how to accept, as a result, hands that are dealt to us, forces beyond our control but also those within them, for example, where we choose to set up our lives? Is the solution to keep moving, or are questions of what we feel we reasonably deserve always necessarily skewed, subjective and disconnected with reality, depending as such on our level of confidence in that particular moment? 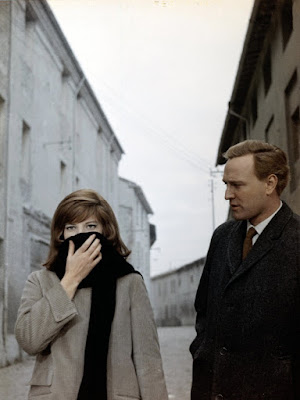 Posted by Jessica Schouela at 15:24