On March 5, I attended the Generation Painting Symposium at Downing College at the University of Cambridge where I was introduced to a lot of British abstract painters, some of which include: Richard Smith (presented by my PhD supervisor, Jo Applin), John Hoyland, Frank Auerbach, Prunella Clough and where I got to hear more about David Hockney and Bridget Riley.

Perhaps the individual artwork that struck me most was a collaboration done by Bridget Riley and Ad Reinhardt titled Poor.Old.Tired.Horse from 1966 (presented at the conference by Moran Sheleg, a UCL PhD candidate). This project consists of a set of pages whereby Riley illustrated a series of "0"s and Reinhardt, in his iconic calligraphic style, wrote poetry around them, which read quite similarly to his other manifesto-like writings. Each page declares a different composition, yet all of them partake in a somewhat chance-like abstraction, not only facilitated by Riley's 0s but also through the shapes that Reinhardt forms with his text, which must subsequently react and work around the existing 0s. 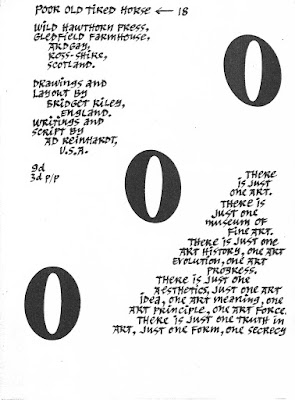 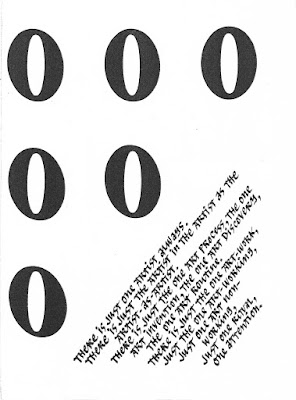 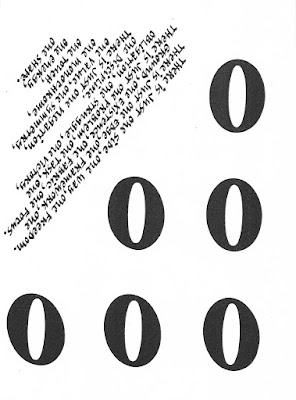 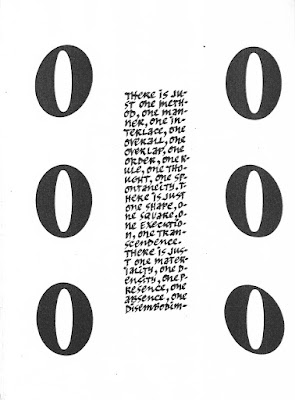 Posted by Jessica Schouela at 10:56