Originally published in Art plus Thought. 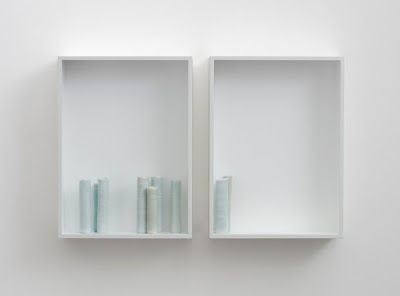 The current exhibition at Ingleby Gallery, Resistance and Persistence, might be best described as elegant, as in fact, it exudes an overt and agential poise in its clean and often minimal appropriation of unusual materials such as slate, sunlight on wood, and terra sigilata. Instituted by the etchings and oil still lifes from the 1930s and 50s of Italian painter Giorgio Morandi, the curation of the works included is such that each room initiates a unique mirroring and repetition so that the artworks, distinct in their media, are involved in active conversation with one another.

The largest wall in the side room on the ground floor is dedicated to a small Morandi etching – titled Natura morta di vasi su un tavolo – of a series of vessels presented only in negative space, their varied shapes left to expose the glowing white of the paper. Yet, the viewer’s access to gain a closer view of the etching is impeded by a significant cluster of plaster casts of cardboard boxes in the centre of the room: Rachel Whiteread’s Garage. The theme of the trace is already evident through the missing forms in Morandi’s print, or the absence of the actual boxes Whiteread used to produce her casts that now serve as indeces of the original objects. Yet, Francesca Woodman’s paired photographs and Edmund de Waal’s cylindrical porcelain vessels reflect one another’s engagement with the notion of absence and removal so poetically that the curatorial decision for the particular congregation of these works becomes even clearer. In Woodman’s first photograph, a nude woman sits gracefully on the edge of a chair in a domestic setting, while the second shows the chair empty, and a bare hand and forearm of a woman coming from the left edge of the picture, as if she is exiting a set theatrically. De Waal’s powder blue vessels, each the approximate size and shape of an index finger, are also presented as a dyptich, placed asymmetrically in two plexiglass vitrines, the first one containing seven vessels, the second containing only two. The work’s title - and gone - explicitly accents a certain absence, a lack of that which once was, and could just as easily be allocated to Woodman’s photographs, where the woman, once seated, becomes gone, the trace of her initial presence suggested only by the extended arm. 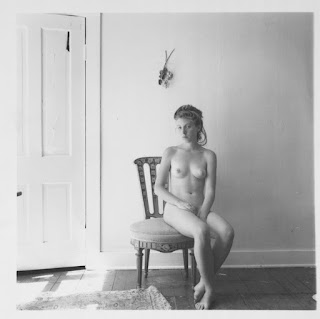 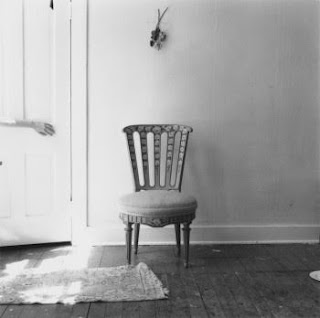 
Another similarly generative interaction occurred between a set of ten distinct monochrome lithographs of grids on vellum by Agnes Martin made between 1974 and 1990 and James Hugonin’s 1993 Untitled IV, a large multi-coloured grid made of oil and wax on wood. Perhaps more implicit than the connections in the side room, these two works, albeit abstract in form, imply the presence of a body, in Martin by her use of skin as foundation, and in Hugonin by the acknowledgement of the artist’s body as he would have navigated the large scale of his support to trace his geometric pattern and colour in in each tiny rectangle.

The upper floor appeared to be more concerned with the potential dialogues between objects consistent with the scale of still lifes and larger matter, best exemplified by Richard Long’s Cairgorm made from fifteen slabs of slate and organised in an ascending and then descending stair-like outline laid on the floor. One of the walls housed a projection of Robert Morris’s iconic 1968 film Hand Catching Lead beside another Woodman photograph, Untitled, Rome, Italy, portraying an outstretched hand holding an anthropomorphized glove. Both works unambiguously attend to the mutual and interdependent relationship between hand and object, whereby the shape of the hand is determined by the shape and malleability of the object.

The title of the exhibition, given to accredit the artists and their works with a determination to endure the unlikeliness of their projects within their particular moments of production, is not necessarily what excels in the show, as there is no effort to explain these historical circumstances. Rather than clinging to the notion of resistance, it is perhaps more fruitful to view these works in terms of an openness and a readiness to receive. It is ultimately the understated and intimate nature of the artworks in and of themselves as well as their at once subtle and loud correspondence with one other that is most compelling. 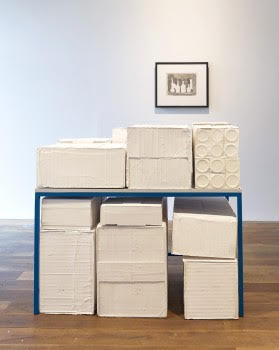