A Thread, a Patch: Collaboration in Island Communities

I have another article published today in Art plus Thought.


A Thread, a Patch: Collaboration in Island Communities 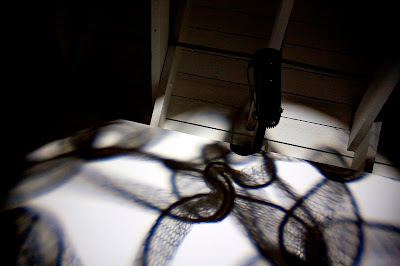 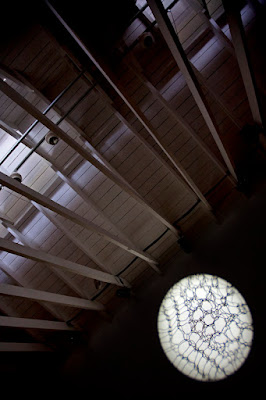 On October 14, as part of the University of St Andrews’s 2015 research seminars, Shetland-based American artist Roxane Permar delivered a talk titled “An Art of Place”, in which she traced her creative interactions with various communities in the Shetland Islands and, more particularly, with Shetland Island knitters. Permar discussed her engagement with the knitters as collaborative research that sought to revitalize and celebrate the history of the artistic tradition. Describing her practice as faithfully as possible, she drew a distinction between works that are site-specific and her artist-led projects that aim to create and respond to situations and to interrogate a landscape as a way of evoking traditions and memories, hence her phrase: “An art of place”.

Mirrie Dancers – the Shetland term for The Northern Lights and the name given to a project led by Permar and her former student and multimedia artist Nayan Kulkarni – was commissioned by the Shetland Arts Development Agency, with the condition that the project be a social and public interrogation into light. Between 2009-2012, Permar and her collaborators installed temporary illuminations in ten different public sites across Shetland as well as permanent interior installations that projected delicate knit patterns produced by lace knitters in the community.

Permar and Kulkarni’s “Mirrie Dancers” immediately brought to mind Canadian artist Mark Clintberg’s 2014 collaborative work, “Passion Over Reason / La passion avant la raison”, supported by Fogo Island Arts and the Shorefast Foundation. During his residency on Fogo Island in Newfoundland, Clintberg produced a quilt design informed by a statement made by former Canadian Prime Minister, Pierre Elliott Trudeau. His design was realized by the Winds and Waves Artisan's Guild, a group of local women who collectively produced the quilt and Clintberg requested that the quilt be placed on a random bed at the Fogo Island Inn each night. The Inn, a community project in and of itself, and an important component of the Shorefast Foundation’s programme, was set up as an effort to invest back into the community’s economy, by way of initiating a local business that promotes and energizes geotourism on the island.

The connections between the projects are multiple and intriguing. Firstly, they both socially engage with local traditions through collaborative action and by supporting the community’s social conditions; secondly, they are both concerned with textile heritages; and thirdly, both projects take place on islands and are immersed in specific island cultures. In fleshing out possible similarities a little bit further, however, what becomes evident is that both projects were instigated when a foreigner, to some degree or another (Clintberg is from Calgary and at the time was based in Montreal), entered a community and suggested some kind of resuscitation, celebration and, ultimately, display or exhibition of traditions that are not native to them. It is not difficult to imagine how such projects might initially have been construed (or misconstrued) as an unwarranted imposition or, even more harshly, as ill-willed.

While, admittedly, it is true that community projects such as these do raise ethical questions, what is clear is that both artists delivered fine outcomes in their culturally sensitive projects and facilitated encounters that were ultimately both encouraging and fruitful. Additionally, it should be noted that both Permar and Clintberg were first to acknowledge that the collaborative core of their works was the foundation for the success of their projects. In this way, significant attention has been given to sharing credit for the objects or images that act as final, testimonial documents of the meetings and congregations that fueled and materialized the works. Before long the respective islanders not only engaged generatively with the projects, but also helped to assign a new role for artists as mediators of communal activity and, more than anything else, as metaphorical seamsters of creative encounters. 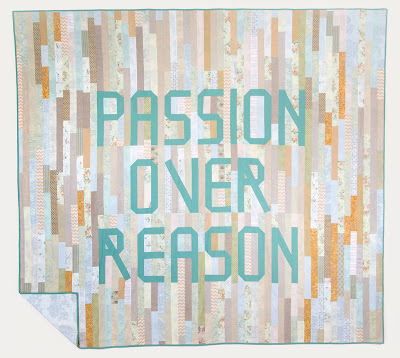 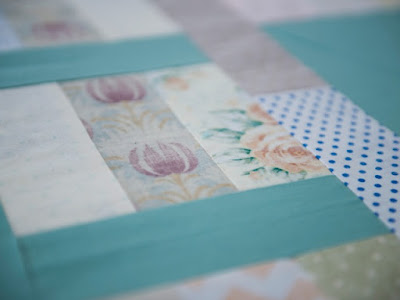 Photo by Alex Fradkin
Posted by Jessica Schouela at 12:07